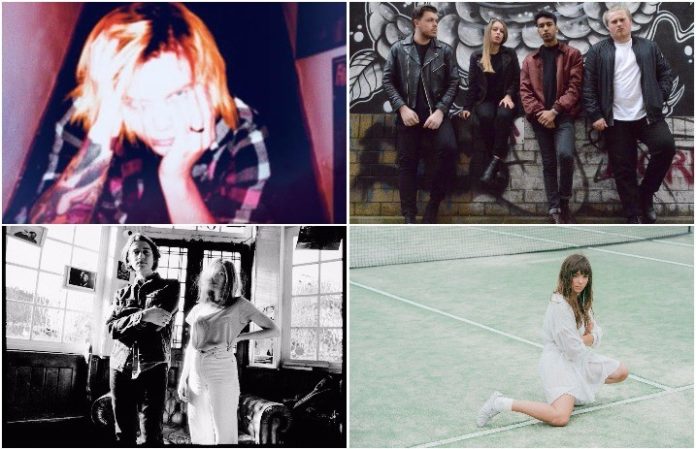 Read more: 9 songs you need to hear this week

One Last Shot vocalist Jeremy Romance launched his solo project with “Dead Scene,” sampling the iconic acoustic guitar riff from From First To Last’s “Emily,” which Matt Good himself allowed the use of.

Songstress ACES released her video for “Stranger,” the title track from her new EP.

Vesperteen – “It Will Never Be Enough”

Alt-pop/indie rock act Vesperteen released his newest single “It Will Never Be Enough.”

HAWAI – “Think About It”

SoCal alt rockers HAWAI debuted their new single “Think About It,” taken from their new EP Hide In The Ocean, out Dec. 8.

Bleacher Days – “Some Strain of You”

Boston-based pop punkers Bleacher Days debuted their new single “Some Strain Of You,” taken from the band’s new EP I Only Saw True Purpose.

SNAILS teamed up with From First to Last guitarist Travis Richter and Cancer Bats singer Liam Cormier for “The Anthem,” which blends metal and bass music in a seriously impactful way.

Alt rockers Vicious released their new song “S.O.O.,” dedicated to the freedom fighters of the world.