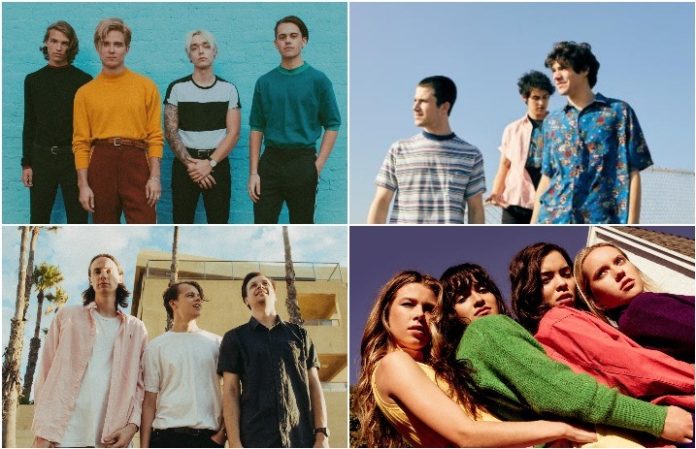 Read more: 9 songs you need to hear this week

The Aces – “Waiting For You”

Pop rockers the Aces debuted their new single “Waiting For You,” taken from their debut album When My Heart Felt Volcanic, out April 6.

Indie rock act Wallows, featuring singer/guitarist Dylan Minnette from Netflix’s 13 Reasons Why, debuted their new song “These Days,” the second single from their upcoming, debut EP Spring, due out April 6.

Alt-pop act Colouring released their atmospheric, dance-ready new song, taken from their forthcoming, full-length debut, due out later this year.

After wrapping up their tour with PVRIS, Toronto-based Cherry Pools released their new song “Hollywood.”

Columbus – “Don’t Know How To Act”

Brisbane trio Columbus released their Weezer-inspired track “Don’t Know How To Act,” taken from their second album A Hot Take On Heartbreak, out May 25.