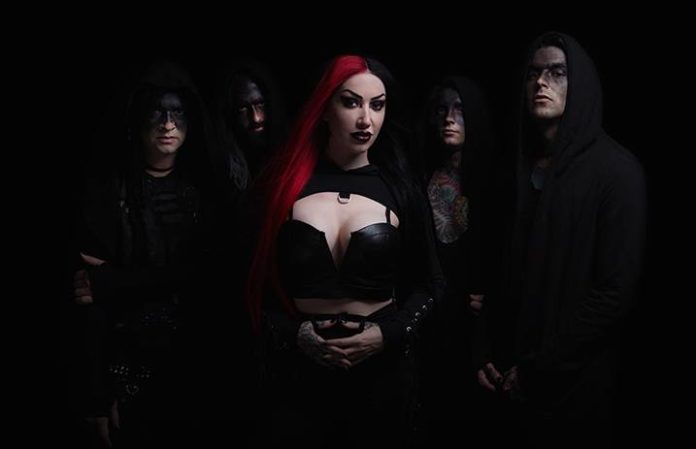 New Years Day are kicking off the new year with a new EP, Diary Of A Creep, chock-full of awesome rock covers. It features a fresh original track, “Disgust Me,” alongside a collection of cover tunes from Linkin Park, Garbage, No Doubt, Pantera and New Order.

We caught up with frontwoman Ash Costello to talk about each track on Diary Of A Creep and how each band—and song—helped shape her into the artist she is today.

It was incredibly difficult to narrow this down to five songs we wanted to cover the most. It was very important to me to not only pay tribute to the artists who shaped who I am today, but to share it with all of you.

It’s easy to dismiss where an artist has come from if you have no clue who they worshipped when they were just kids in school, dreaming of being a real musician someday. These are just a few of the songs that helped and shaped me along the way. I am grateful to you for listening, and I hope you enjoy the covers as much as I do.

Pantera, “Fucking Hostile”
When I was in high school, there were different groups of kids. The goth kids. The ska kids. The punk kids. The metal kids. I had ins with all of them. The metal gang was all about the music. Every lunchtime, it was only about listening to each other’s favorite metal songs together at our table in the school quad. The bands we played ranged from Iron Maiden and Megadeth to Slayer and Cradle Of Filth. But one band really did it for me. Fucking Pantera. The guitar riffs. The guitar tone. The songs’ subject matter. The way they looked. Something about it just felt like mine. And above all the other songs, after all this time, “Fucking Hostile” still makes every single one of my “before I hit the stage” playlists. It has shaped a lot of my musical songwriting preferences, and it’s what I base a lot of New Years Day’s music on.

Linkin Park, “Crawling”
It’s the perfect song. There, I said it. In nine out of 10 songwriting sessions, I use this song as an example. The lyrics say so much. They describe every way I feel by saying very, very little. It taught me that I can speak novels about what’s going on inside my head, and my heart, without saying anything at all.

It was hard to narrow down the five songs I wanted to cover because through the years, the ebb and flow of my musical taste changed and twisted so much. But I wanted to do this for Chester. I am still in shock over what he may have been going through internally. I relate to it more than I’d like to say, and I really felt strongly about singing the words he sang.

Garbage, “Only Happy When It Rains”
To be honest, I was not a fan of many female singers growing up. I never liked the pop stars. I appreciated their talent and their work. But the female had to have some very specific requirements for me to fangirl over them, I realized once I became a frontwoman myself. I liked women who weren’t afraid. They pushed the limits. They made you think. They were feminine, but ass-kicking. They were dark, but not too dark. Shirley Manson is perfect. The music represented me. Queer, No. 1 crush, just flawless, but “Only Happy When It Rains” was my motherfucking anthem. I wouldn’t be the artist I am today had I not studied Garbage albums in middle school.

No Doubt, “Don’t Speak”
No Doubt are it for me. No Doubt were my first love. The first time I was a fan of anything or anybody. Gwen was my ultimate hero. I dressed like her in middle school. I wore the creepers with the Dickies. I had the bangs, the red lipstick and the crop tops. I studied her mannerisms and stage moves. The way she was vulnerable onstage, but let you know she was the queen bitch in charge. I would pretend to be the rock star in a band while lip-syncing to all of Tragic Kingdom. She grew up around the corner from me. Her mom and my mom would run into each other at the supermarket, and we attended the same junior high and high school. Her sweetness and her ability to take charge. How she was just a normal and simple girl yet extraordinary. I had a No Doubt cover band in high school, and we played parties and coffee shops. I was the ultimate fangirl. I saw No Doubt play in 1995, and I knew I wanted to be just like Gwen. “Just A Girl” was my first pick, but it seemed too obvious. “Don’t Speak” can still make me cry, so it was a no-brainer.

New Order, “Bizarre Love Triangle”
My mom was a single, working mother, so my grandma, a practicing Wiccan, and her two sons, who were total Robert Smith-looking ’80s goths, would babysit me. They would dress me in black, put black lipstick on me and we’d have dance parties in the living room to their favorite new wave songs. This one was always my absolute favorite. You can’t not dance to it. And since NYD have already covered a Depeche Mode song, New Order seems like the next obvious move.

Listen to “Disgust Me” below:

And stream Diary Of A Creep below: