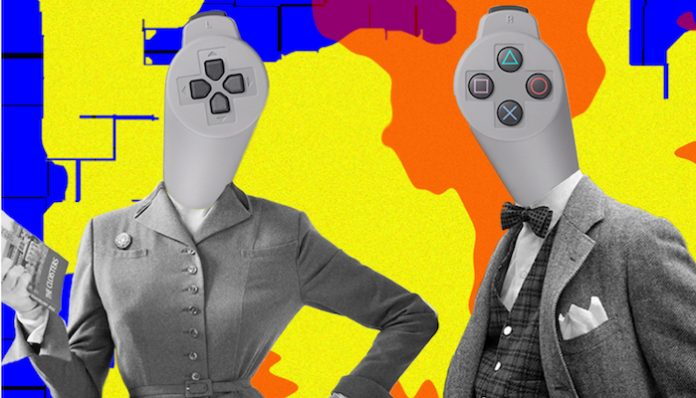 Grimes sold nearly $6 million worth of digital art as NFTs. Kings Of Leon became the first major rock band to release an album in the form of an NFT. Steve Aoki collaborated with illustrator Antoni Tudisco for an art and music NFT release. Wu-Tang Clan announced plans to release 36 copies of a coffee table-style photo book via NFTs. And all of this happened in the first week of March alone.

This leaves many fans raising the question: “WTF is an NFT?”

Non-fungible tokens (NFTs) are certificates of authenticity that use blockchain technology to prove ownership and scarcity of digital assets. For those responding with another WTF, let’s start by defining some of the terms.

First, “fungible” describes a good or commodity whose individual units are essentially the same. For example, a dollar is fungible because each bill shares the same value and is completely interchangeable. The same can be said about bitcoin. Though each individual bitcoin has a unique code, we can swap out single units and still have the same thing. As you might have guessed, “non-fungible” means that the asset is in some way unique or scarce. Even if an artist releases the same image as a limited edition of 50, each edition is still unique, making it a non-fungible asset.

Read more: 10 musicians who are shaping the underground scene on SoundCloud

The identity of the asset is then minted on a “token.” To be clear, the token isn’t the asset itself but rather a certificate of ownership and authenticity stored on a decentralized digital database known as a blockchain. To get on the blockchain, a token is transmitted to a network of peer-to-peer computers around the world to confirm its validity. Once authenticated, the token becomes an entry (or block) in an irreversible timeline (or chain) of data. Maybe someone can replicate the image, but they cannot replicate the token, and the public nature of the blockchain across multiple computers makes it nearly impossible to forge tokens.

This system requires a lot of energy to operate, so environmental issues need to be addressed, but blockchain technology is spreading fast. Just as it can help protect against forgeries in the art world, blockchain databases can also securely store contracts, health histories, property records and supply chains. Walmart, Pfizer and Unilever are among the companies that already incorporated some blockchain technology. Nike even filed a patent in 2019 for an NFT system to verify the authenticity of sneakers (or CryptoKicks). Future applications will likely extend to everything from scalper-proofing concert tickets to improving vote-by-mail security.

So yeah, this is some seriously legit shit.

NFTs in particular are mostly stored on the Ethereum blockchain, where their value is defined by a cryptocurrency called Ether, though other blockchain ledgers exist with ties to other alt coins. When an NFT is sold, it becomes an entry in the blockchain ledger. If it’s resold, it becomes another entry. In any case, the blockchain publicly stores and shares information on the authorship, authenticity, scarcity and (if applicable) the sale price each time a token is purchased.

(For those who think paint-and-canvas art implies more authenticity, read about the fall of NYC’s Knoedler Gallery here or watch the Netflix documentary Made You Look: A True Story About Fake Art.)

Less than a decade ago, the infrastructure didn’t exist to authenticate easily duplicated digital assets on any serious level, but the introduction of NFTs and blockchain networks created a system that formalizes digital ownership and authenticity. This, in turn, created several marketplaces where digital assets are bought, sold and traded. Popular networks include Rarible, OpenSea, KnownOrigin, Async Art, MakersPlace, Zora, SuperRare and Nifty Gateway, and some networks allow artists to earn a small percentage if the work is then resold on the secondary market.

Some describe NFTs as DeFi’s second act. Just as cryptocurrencies helped establish a decentralized finance (DeFi) system, NFTs help artists bypass the middlemen and gatekeepers of the traditional scene centered on galleries to verify, authenticate, price, select and showcase art. In the 1970s, many artists bypassed the galleries by turning to street art and graffiti, often at considerable risk and without the ability to monetize or possibly receive authorship credit for their work. By decentralizing and democratizing the art market, street and subway canvases have migrated to online galleries, where artists retain more individual control to display, sell and easily transfer their works without the need for conventional infrastructure.

Read more: You can own a piece of Grimes’ soul if you have enough money

Breaking out in an otherwise locked-in year, the NFT market reportedly expanded to more than $250 million in 2020. Most pundits expect the market to grow severalfold by the end of 2021.

Mike Winkelmann, aka Beeple, is the top seller overall. His digital work CROSSROAD sold for $6.6 million in February on Nifty Gateway, and Everydays — The First 5000 Days sold for nearly $70 million March 11 at famed auction house Christie’s. This was the first purely digital NFT offered at Christie’s, which dipped its toes into the water last October when it auctioned Robert Alice‘s Block 21 featuring an NFT component. The large-scale work in the artist’s Portraits Of A Mind series sold for 10 times more than the estimate.

Other top-selling crypto artists include Greg Mike, Hackatao and FEWOCiOUS, while early trendsetters include CryptoKitties, CryptoPunks and Rare Pepes. The latter began in 2016 as an effort to reclaim Pepe The Frog from the alt-right, and the Rare Pepe Wallet arguably became the first decentralized platform of crypto art. Other established and emerging artists worth noting include PRØHBTD, StellaBelle, Shay The Surrealist and VJ-turned-crypto artist Eclectic Method. One newcomer—the creator of the 2011 meme Nyan Cat—actually minted the meme as an NFT and recently sold it for nearly $600,000.

With @NyanCat turning 10 tomorrow, its creator Chris Torres has a special event planned to coincide with the beloved meme and will be auctioning the original drawing as an NFT. Learn more about this piece of internet history going up on @withFND today.https://t.co/NKHVc8yRc9

Some NFT drops, of course, are more painful than others. For example, what’s worse, Logan Paul making millions selling NFT clips of him unboxing collectible Pokémon cards or Taco Bell releasing an “NFTacoBell” of its bell logo?

The sudden surge in digital art sales could reflect a bubble, the wider adoption of crypto art or both, but digital scarcity is a new reality, and the combination of scarcity and demand can drive up prices that might otherwise seem shocking, especially for symbolic ownership of an asset that can be easily copied.

Sure, that’s a legitimate argument, but it must be fairly applied to all art and collectibles. For example, a person can easily go online and buy a poster of Vincent Van Gogh‘s Starry Night, so what makes the original priceless? The same could be said for photo art. If a person makes a new unauthorized print from the original negative, it wouldn’t have the same value as the authorized original. But why? Even moving away from art, a LeBron James rookie card sold for $1.845 million last year. The image of the card can be found online, so why isn’t a printed copy worth the same?

It’s all about scarcity. Anyone can own a print, but only one person can own the original. Moreover, a preponderance of prints and copies may actually drive up the price of the original. In the end, paying for scarcity is often about bragging rights, if nothing else. Certainly that had to be the mindset of the collector who can brag about dropping $120,000 on a duct-taped banana at Art Basel in 2019.

The biggest skeptics are probably buying bitcoin and Ether now after dismissing cryptocurrencies for years, but those focused on the crypto aspect of digital art shouldn’t sleep on its artistic value. Digital art is exploding around the globe. The Tokyo-based digital art collective teamLab now claims the most-visited single-artist museum in the world, and AI-powered digital artist Refik Anadol has put up large-scale installations around the globe. Anadol has also sold hundreds of NFTs on Nifty Gateway.

Digital art also appears on track to have a more prominent place in home collections. Companies such as Infinite Objects, Meural, ZendVibes and Samsung have already created “digital frames,” and many more such frames are on their way.

NFTs will help democratize and decentralize art like bitcoin did to finance and the internet for music and video. This means more visual creators with limited exposure in the past will have a new platform for the world to see and to monetize their works.

Watch this space to see which emerging digital artists you might want to follow or even collect.