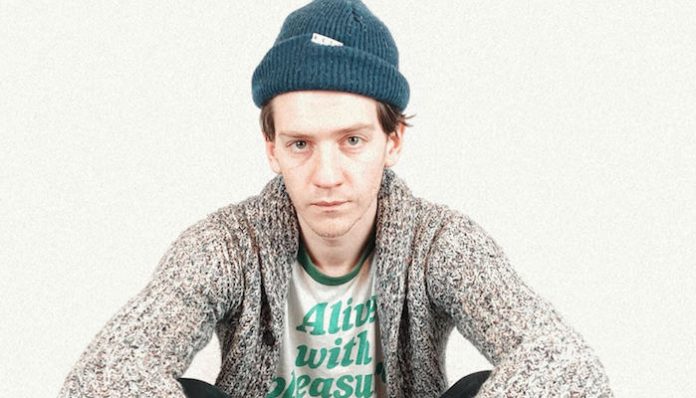 Nick Santino, formerly of A Rocket To The Moon and Beach Weather, isn’t the same kid you grew up with via his previous bands. He’s matured and has new life experiences to share in his new solo track “Same Jokes (1989),” which is exclusively premiering on AltPress.

Solo-wise, Santino has been off the musical grid for roughly six years, but he happily surprised listeners with two fresh singles, “Peace & Love” and “But Anyway,” which will both appear on his forthcoming EP.

“Same Jokes (1989)” serves as the third installment. Longtime fans can check out the Peace & Love EP May 29 via his friends’ and fellow rockers’ the Maine’s 8123 record label.

AltPress had a chance to ask Santino about his new sound and the experiences that shaped his EP. Check out the full interview and track below.

“Same Jokes (1989)” is so intimate and endearing. What feelings and experiences helped craft this particular song?

This song came to me almost in streams of consciousness. One night I was sitting at the piano playing a chord progression and humming a melody. My wife and I had been dealing with the stresses of buying a house, and I remember letting those thoughts guide the lyrics for this one. There was a lot of reminiscing and inside jokes.

How has your writing process changed from A Rocket To The Moon and Beach Weather to your current solo work, especially in this single, if at all?

The easy answer is I grew up. I’m almost 32 years old now. I was writing songs for A Rocket To The Moon at 19 with no experience. The ride hadn’t even begun yet, and I was writing like I had years of life experience. I grew, changed with the seasons and never wanted to play the same thing twice. I’m still like that I suppose, but these days I find myself looking inward and writing from the heart more than I did back in the early days.

What does it mean to you to be part of the 8123 family? How have the fans and fellow bands/friends under the name helped you grow in your music and return to writing for your solo releases?

To be honest, I forget it’s a thing sometimes. I’ve known these guys since I was a teenager. They welcomed me as one of their own and not just a kid who lives 2,000 miles east. It has always been a family. I just have some more years under my belt. More memories. More things to write about. More time to learn and relearn.

You’ve put out a couple of singles so far ahead of your EP’s release. Why was “Same Jokes (1989)” the right track to give fans more insight into the EP? What else should listeners expect on your solo EP?

I just really liked this song. It’s not really any more or less special than the others on the EP. I just like this one—and I hope you do, too. It means a lot to me.