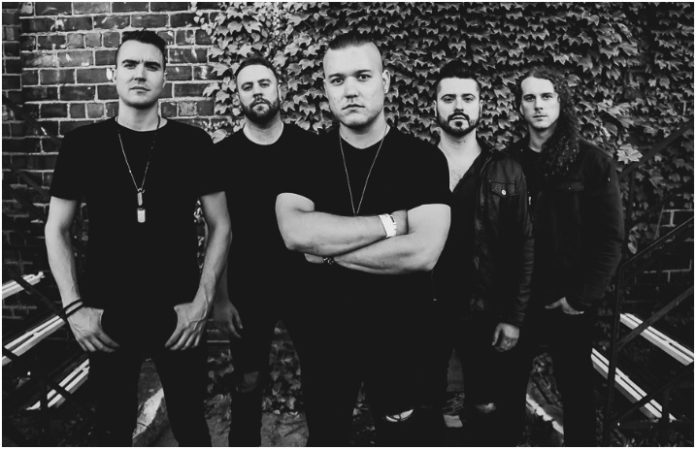 AP is stoked to give you the first look at “Parasite,” the new video from Ohio-based metallic outfit Nine Shrines. OK, technically, it’s not “new,” but drummer/founder Andrew Wetzel—also an original member of scene electro/screamo unit Attack Attack!—felt the clip was something worthy of sharing of both historical and psychic interest. “We shot and paid for this music video out of our own pocket back in the summer of 2016, before we signed to Mascot Label Group,” he says, explaining the clip’s origins. “We had originally planned to self-release our entire Misery EP on our own, but a million things have taken place since then.”

Some of those things included aligning themselves with Mascot after the label aggressively pursued them and filming a video for their signature track “King Of Mercy,” which got them on the radar of radio programmers far and wide (SiriusXM’s Octane station).

But Wetzel’s motivation to air the “Parasite” video reveals a bigger picture. “We wanted to share this because we love this song,” the drummer says. “We love it because it’s about fighting to get what you want, even when everything or everyone is in your way. We wanted to share it with you all because it stands to remind us that life is a process and nothing worth having comes without a fight.”

After spending the last six months writing and refining new music, Nine Shrines will enter the studio with producer Kato Khandwala (Pretty Reckless, Breaking Benjamin, Papa Roach) in April to record the full-length follow-up to the band’s 2017 five-track EP Misery. In the meantime, check out this piece of Shrines history…

Also, Nine Shrines will be playing a hometown show April 15. Check out the details here.