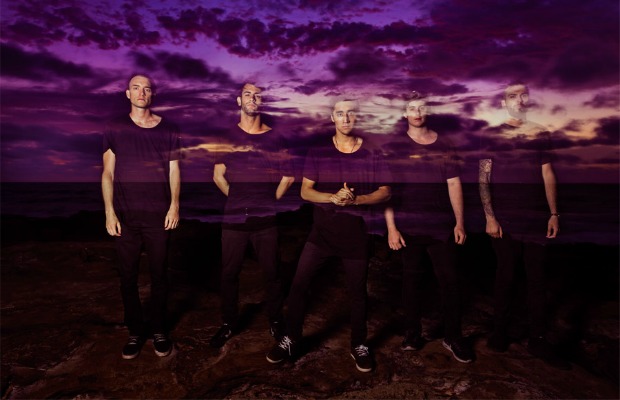 Australia’s Northlane just wrapped their their first U.S. headinling tour and are now on the road with Bring Me The Horizon and AP 308 cover stars Of Mice & Men. Guitarist Josh Smith takes you behind the scenes of their life on the road with this AP-exclusive tour diary.

This tour has been one of big surprises. I’m writing this from a mall parking lot in the BandWagon, and we just finished our run of U.S. Headline dates.

We landed in LA on a rainy Thursday morning after a 14-hour flight and were greeted by our tour manager Mitch at LAX airport in a van that had been lent to him by a member of Betrayal. We clambered in with all of our stuff and went to the hotel, but not before a quick visit to Chipotle. We then managed to squeeze all our gear into the little room and still get the door closed!

We spent the rest of the day buying stupid things and things we needed at a Walmart, picked up our monitor desk and some production gear from a hire company, went and had sushi with some good friends and winded up back at the hotel waiting for our ride to turn up, all the while fighting LA’s horrendous traffic.

When the wagon turned up, we looked at each other with wicked grins. We had forgotten how huge these things were. Our driver didn’t have a single care and greeted us by driving the BandWagon up onto the footpath (and half the road) like a boss. We loaded it up and left for Anaheim, where the first show was the next morning. It was a hell of a lot sweeter than rolling in a van like we did last time.

We’ve taken the opportunity to use this BandWagon to its fullest potential, getting our own pet fish named Bloom, appliances and lots of other crap. The appliances led to us buying

all our food from grocery stores and cooking our best attempts at culinary masterpieces on the road. This doesn’t always end well at 60 mph though. Poor Adrian [Fitipaldes, frontman] burnt his finger cooking one night, and the blister hung around all week! He wasn’t the only casualty of the tour though. In Chicago after the show we were given free entry and drinks at a club. I went to bed early, and I was woken up at 3 a.m. by half my band and crew getting buck wild to Major Lazer on the freeway. That night, our stage tech Jared managed to bust his head open in an unknown manner (probably just really bad dancing) and had the worst hangover of his life the next day. After a similar night on the booze, our guitarist Jon [Deiley] and merch/photo guy Chris thought it

would be a great idea to wrestle on the freeway. Such a great decision led to him also having his head split open. He had to cover the cut with a Band-Aid and it made him look like Nelly.

Coming into the U.S. for the second time and playing headline dates with no touring support acts was seen as a risky move for us. Perhaps we were getting ahead of ourselves? The moment we stepped onto the stage at Chain Reaction though, any doubts quickly disappeared. We couldn’t have asked for a better welcome. The rest of the tour was consistently good for us, reaching a high point towards the end when we played Chicago and a few other spots in the Midwest where we were greeted with open arms.

We had some pretty long drives on this tour, but thankfully we were still able to see a few sights. We got a photo in front of the house used as Walter White’s home in Breaking Bad. Being in the U.S. as a foreigner sometimes makes you feel like you’re in a TV show or movie (because everything on our networks is American!), but seeing that house really iced the cake. There were a few more activities, and a lot of Fireball whiskey consumed, but the coolest thing that happened was Alex [Milovic, bassist] and a few of our crew went to the Justin Timberlake show in Chicago on an off day. That definitely beats going to see the new RoboCop movie!

We start the first of our shows on the American Dream tour in Plymouth, Michigan! Stay tuned for more shinfo next edition.