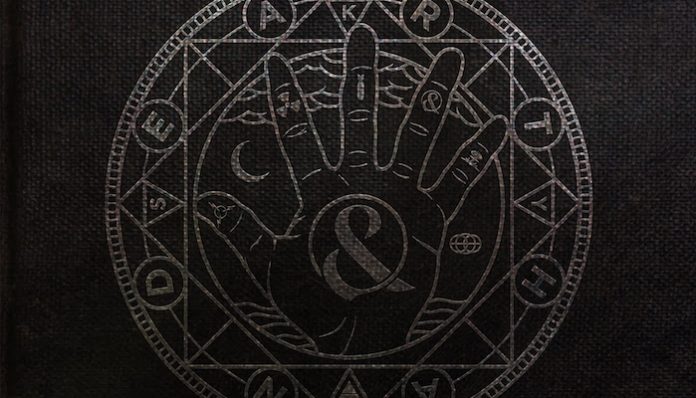 In 2009, Of Mice & Men made their presence known in the metal scene with a ripping cover of Lady Gaga’s “Poker Face.” Transforming the song, they took it from a pop hit into throat-shredding madness with a brutal backing.

Fast forward 10 years and the band are signed to Rise Records. They’ve recorded six studio albums and reached No. 4 on the Billboard 200. With EARTHANDSKY, Of Mice & Men return their sound to the raw, heavy sounds of ’09 that got them onstage, generating circle pits and thrashing their way into our hearts.

This is the album that longtime fans have been waiting for. EARTHANDSKY starts out heavy (“Gravedancer” is the longest track, clocking in at four-and-a-half minutes), hits melodically and deeply with “Mushroom Cloud,” gives us tons of clean vocals in “The Mountain” and comes full circle by the end with “How To Survive.” There are no loose ends on this album. OM&M have covered such a wide range of sentiments, reactions and the human condition, you’ll need to listen and relisten. Each time you do, you’ll find something new to vibe with.

The most surprising track on EARTHANDSKY is “Mushroom Cloud.” Starting out with a crucial question (“Have you ever felt the chains around your wrists?”), this track hits on emotions that aren’t easily put into words (“If hell is really empty, then maybe the demons found a home there instead”). It’s these moments of rawness that push listeners into those feelings of inadequacy and sadness. From there, they only pull them back out again and provide an outlet.

According to drummer Valentino Arteaga, the instrumental from “Mushroom Cloud” came from “feeling darkness and feeling hopelessness,” but it’s set up for circle pits, moshing and “kick down the door” parts. “It’s about losing your own mind and contemplating suicide,” he continued. “[It’s about] contemplating the darkest feelings you could ever have and screaming at your brain, ‘What’s going on?’…If we put it out into the universe, it’ll help dissipate it…There’s light on the other side by discussing these things.”

Of Mice & Men brought so much authenticity to EARTHANDSKY by continuing to explore the realities of the mind. No two songs are the same. There’s aggression, there’s darkness and there’s exploration of emotions. Then you get smacked with sonic heaviness, which fans can totally embrace and welcome to the OM&M repertoire.

Read more: Of Mice & Men have no boundaries for heaviness on ‘EARTHANDSKY’

As the second album with Aaron Pauley as lead vocalist, the band are moving toward a new era of sound while still staying true to their heavy roots.

Arteaga has been coined with posing the idea of “Who are Of Mice & Men in 2019?” EARTHANDSKY answers that question simply: The band are raw, real and unafraid to put it all out in the open. They’re writing for a fanbase who doesn’t want to hide behind “I’m fine” and “Everything is great.” This output is for fans who want to embrace their true emotions and release that energy, turning it into something positive.

In a time where fans digest music differently, Of Mice & Men completely flipped the script with EARTHANDSKY. The tracks and music videos are all part of a larger story that fans can connect to.

EARTHANDSKY dropped Sept. 27 via Rise Records, and you can check it out here.