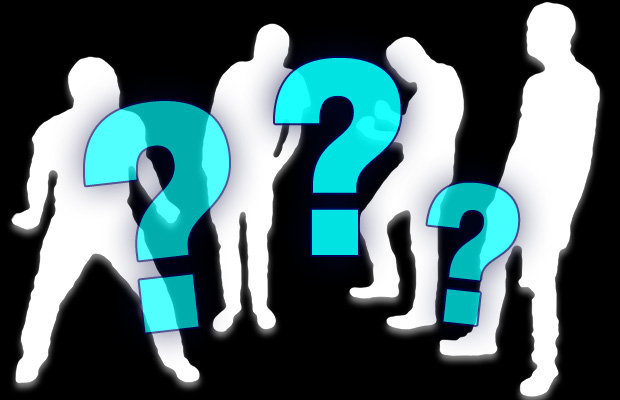 We here at the AP timeshare have a bit of an unhealthy obsession with music—and frankly, the more obscure, the better. (We're still waiting for the official Cred Points™ chart to be published, but we're sure we're somewhere near the top of the leaderboard.)

Below, you'll find 10 of the AP editorial staff's favorite obscure bands. And when we say obscure, we mean obscure—most of these artists are practically un-Googleable, with nothing on Spotify, YouTube or your favorite torrent site of choice. And to make things even trickier, one of these bands below is actually fake, completely made up by one of AP's editors. (After you read them all, you might be saying to yourself, “Really? Only one?”) See if you can spot the impostor before we reveal who it is on the second page.

CONGRATULATIONS ON YOUR DECISION TO BECOME A PILOT
It was the fall of 2000 and my freshman year of college when I discovered a website called Pitchfork (then located at pitchforkmedia.com). They hadn't yet become the indie-snob haven they have since cultivated (I mean, Save Ferris got a fucking 9.5 back then), so I wasn't yet turned off by their sometimes-ridiculous critiques of otherwise uninteresting albums.

A few weeks later, I was at a local show at a community space near my college and was browsing through someone's distro, and this CD was sitting there. It was serendipitous! A $10 exchange later and that shiny piece of aluminum was mine forever. From the super-grungey first track, “When We Were Kids We Built A Treehouse From Our Neighbor's Window And If You Get Far Enough Away It Looks Like A Giant Eyeball” to the epic seven-minute closing track “Congratulations On Your Decision To Become A Pilot” (featuring the memorable chorus, “Congratulations on your decision to become a pilot/To become a pilot” repeated endlessly), this album was nearly flawless. There's even an oboe in one song! It's still one of my favorite albums to this day. [SH]

This blurb can’t do Femsickliver justice, so we’ll close with a quote from Russ Romance who summed up the band’s message the best: “Bring us your women and sisters. I want tits at the shows! And a good slut fuckin’ for all of us!” [BM]

FLU THIRTEEN
One of my favorite hangouts growing up was my hometown's only good record store, 15 Minutes Compact Discs. I spent so much time there the owner eventually gave me a job, and I loved every minute spent re-alphabetizing CDs and telling people that no, we don't fix Nintendo games, but thank you for stopping by anyway.

One summer, my boss decided to book free shows in his tiny store, and we had a slew of talented acts from the relatively well-known (Gameface) to the, uh, totally not (Pootinanny) stop by for solid crowds. But the favorite band I saw that summer was the one who played to the least amount of people—they were from Long Island, they were called Flu Thirteen, they played to maybe eight people, and they were fucking amazing.

Well, honestly, I don't remember much about their performance, but I know I was sold enough to pick up their CD, In The Foul Key Of V, released on a label I had never heard of called The Medicine Label and produced by a guy I definitely had heard of, J. Robbins.

That CD became one of my most-played albums in the late ’90s and still gets a decent number of spins nowadays.

The songs are twisted, mathy post-hardcore with pleading, nasally vocals and some seriously kickass drumming. (I used to put this CD in my Discman and practice along to it, and I definitely owe a lot of my chops to 'em.) A few years went by and the band changed their name, signed to a major label and became a relatively forgettable pop-punk band (who I guess are actually still sorta-active nowadays, even though I think it's just the singer and whoever else he can rope in). But I'll always have In The Foul Key Of V—and its painfully emo song titles (“My Beijing Hot Rod,” “Graffiti On A Ceramic Iceberg,” “Jerome Does A Dance In Hi-Fidelity”). [SH]

This late-70’s Finnish proto-industrial band were fusing metal guitars to caustic, primitive electronics years before the British post-punks figured out which end of a guitar to blow into. Outside of a few gigs opening for punk bands obsessed with copying Ramones’ three-chord pogo and Sex Pistols’ nihilist posturing, FEA didn’t last too long, as most of their country’s music fans were just as close-minded as the establishment they were railing against.

Curmudgeonly punk historians credit guitarist Pasha Karelia as a maverick experimentalist, fond of stringing all kinds of detritus on his guitar (nails, alligator clips) as well as going far to duct-tape a distortion pedal on the axe itself—a trick Devo stole for their Saturday Night Live appearance.

Lead singer Sami was too poor to afford a synthesizer, so he broke the case of a shortwave radio and directly touched the resistors and other electronics for random noise. A five-song poorly recorded cassette demo of the band exists, but good luck finding one; more dogged record collectors than this writer have come up empty-handed. [JP]

GROWLY AND THE KITTEN
This band’s name derives from the two vocal styles prominent in its singular song, a cover of Misfits’ “Halloween.” One—as you may have guessed—is a low, grumbling, off-tempo growl, the other a cartoon-esque, mewling cat voice. The two lazily combine (sort of—they don’t quite sync up over the super rough instrumentals) to create a semblance of Misfits classic’s melody.

Whether this is one bored kid with GarageBand, an actual talking cat and dog team or a full band (they do use the word “our” to describe the cover) beats me. [CW]

HOUND GOD WITH A TUMOUR
The first time I went to London, I took $2,000 with me and bought every cool-looking, absurd-sounding record I could possibly find. Let me go on record saying that if you were to ever pass up on a record with a title like Autograph My CIA Assassination Manual, we simply cannot be friends.

These late-’80s anarcho-scrabblers remind me that today’s bands need to use more a) treble pedals, b) ridiculous EQ settings on their guitars and c) scrap metal to pummel upon. They also need to write more propulsive songs about IEDs (“Jake’s Frag Party”) and the worship of government-sanctioned covert-ops (the title track).

Than again, there’s nothing good to come when Homeland Security show up to your gigs, whether they’ve been guest-listed or not… [JP]

JACKDAW WITH CROWBAR
I realized only now that, despite knowing about this band forever, I have no idea what the hell a “jackdaw” is. (It is a bird similar to the crow. —Audubon Society ed.) However, Jackdaw With Crowbar started as a noisy British indie outfit from the ’80s with guitar tones so sharp, even the air in front of their amps had to bleed.

They straddled a weird line between absurdity and militiant politics (We hear that dude from Maroon 5 is a fan of their song “Fuck America”), tangled guitar art-punk and boisterous industrial-rock beat-itude. Glad to hear that two decades or so later, they’re still at it, choosing instead to work a minimal electronic vibe somewhere between Daft Punk’s early thumping and Gorillaz’ genre-snatching. [JP]

KARYS RHEA
The summer before my senior year in college, I interned at a magazine in New York City. And like any first-time visitor to the Big Apple, I came home with an embarrassing amount of souvenirs, a ticket stub from the Statue Of Liberty and a CD I bought from a street performer named Karys Rhea.

I caught her covering, if I recall correctly, Nelly’s “Hot In Herre” outside the Union Square subway station. Being a total sap for ironic covers played on an acoustic guitar, I quickly gave her $5 for a copy her of self-titled EP. So, you can imagine my disappointment when I learned her rap cover wasn’t on the EP.

I haven’t listened to the EP since my summer in the city, but judging from my sleuthing skills, it looks like Rhea is now in a band called Starlight Girls. (Or there’s another struggling musician/ Manic Pixie Dream Girl in New York named Karys Rhea.) Either way, I’m still waiting on my Nelly cover. [BM]

LEGENDS OF WRESTLING
For this grindcore duo, the spectacle might overwhelm the tunes as they don corpse paint and football gear with protruding nails and destroy a lineup of characters through the course of their set, which takes place in a makeshift wrestling ring.

From a fundamentalist protester holding up a cardboard sign reading “GOD HATES GRIND” getting smashed over the head with a two-foot fluorescent light tube, to Bret “The Hitman” Hart impersonators being beaten with bats as they squirm and shriek within metal trashcans, the Legends combine their “warrior powers” to enact real violence that results in real blood between songs. All of said songs are less than a minute long, mind you.

MAXWELL LIAM
We get some bizarre, hilarious and just plain awful submissions for the AP&R section each month. Maxwell Liam was a bit of all three, or as I like to call him, the “AP&R triple threat.” The only thing you need to know about Mr. Liam is this: “That Fucking Bitch I Work With,” a song so ridiculously stupid that you can’t help but listen to it again and again.

Unfortunately, Maxwell Liam did not make the cut for AP&R, but he did provide a week’s worth of entertainment to the editorial staff. (If you didn’t notice, our humor is pretty low-class.)

If tunes about mean girls you’re forced to share an office with aren’t your thing, don’t fret: Liam has other sure-to-be internet hits ripe for the picking. They include “The Punk Rock Queen Of The BBC,” “Sweet Girl (When Did You Become A Whore),” and the straight-to-the-point “Fuck You.” [BM]