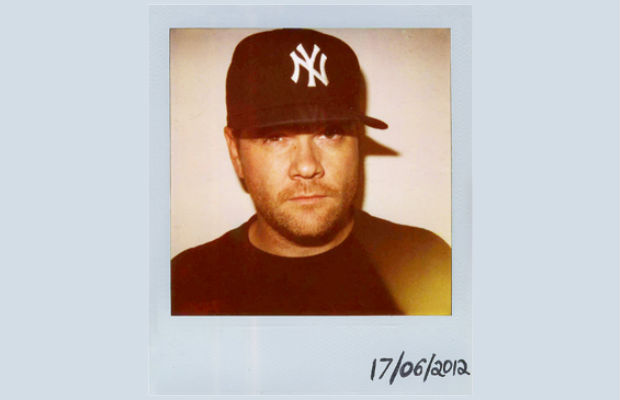 It's sometimes difficult to fathom how long I’ve been in a band. When I think about it long enough, it scares me. The combination of the sacrifices I’ve made and the fact that I've done it mostly on my own terms has kept me hungry—not for fame, but for the challenge. The challenge of continuing to grow as a person and as a musician. I want to get better each time I attempt to help create an album. I have always tried to help compose something that is not only aurally pleasing, but is also thought and perhaps conversation provoking.

These days there are many thoughts, but conversation has been reduced to blogs and threads. The most difficult to swallow are the reviews. For years, I've been criticized by people who feel it’s their right to criticize. Seeing as I have “put it out there” then logically, it will be judged. I care what the fans say. They are the true jury. They purchase the records, tickets, T-shirts, etc. They are the reason that we do what we do. Their opinion matters the most.

However, I have never cared what a critic has to say. They mostly listen to the album as a task. Their assessment is as worthless as the job they consider so precious. They are media and like all media, they love to destroy what they build. I love that most music publications are slowly being forced to switch mediums. I love that blogs and websites write reviews and break stories better and faster than their better-funded and “connected” counterparts. The scramble to “keep up with the Jones’” in their field is as comical to me is my plight is to them.

By the time a writer reviews the record, my vision has already been executed and they are not the executioner. I was recently told a major publication passed on covering our new album. Frankly, it was not a big surprise. Perhaps that’s because the editors see my band as a “legacy” act. Perhaps ska-punk isn’t on their “radar.” Perhaps they see us as a joke. Well, the joke has lasted 21 years, and it will continue on regardless of their feelings. The real joke is how most writers, when confronted, will cower and say, “But I’m just doing my job!”

Well I’m doing my job, too. But when a bad review is based upon a previous bias or because it’s not sonically what the writer had preconceived, who is there to review the writer? Who makes that assessment if what was said is right or wrong? Who is there to hold them accountable? Most are nameless and trying to make a name, just like the bands they tear apart. Do you want people to read your words and laud them as fact? Perhaps you get off on seeing other people’s reactions to what you say. I’ve always felt the only bad press is no press, but sometimes I wonder.

I wonder what the world would be like if there wasn’t this overwhelming need to know what someone else’s opinions are. Imagine if it all stopped. No more Google searching the answer. No one tweeting what they think before you have a chance to form your own opinion. No more endless threads about what songs are Auto-Tuned or co-written. No more comparisons to previous records, which is the critique that bothers me the most. That first/last record you think is so good? The band were probably sleeping in their parents’ basement when it was created. Now they have a mortgage, maybe a family. Circumstances change. Priorities change. Influences change. People change. Trends change. But you don’t live or see those changes. You just hear the end result.

It’s interesting to read that what I am doing is just a weak facsimile of earlier attempts. Yes, that is probably true. But, to be fair, those attempts are what got me here. Honestly, listening to those old recordings can sometimes be painful. Recordings are aural photographs of that time period. Even if those songs changed your life and gave you something to believe in, it isn’t always the same for the creators. When you look at a photo of yourself from middle school, do you get embarrassed by it? I do. So I’m sorry I can’t recreate those moments. I’m sorry I’m middle-aged and not as cool as I wasn’t when I was younger—when you were younger. I’m sorry things didn’t work out the way you thought they would. It didn’t turn out the way I thought it would, either. We both think it’s easy to do the others job.

I needed to come to a common ground with something that has bothered me for so long. Here I am on the verge of releasing yet another collection of songs to be reviewed by yet another collection of people, and I can truly say that I am at peace and honored. I am at peace because I know in my heart what we created is the best that we could. I can’t control what you think. All I can control is what I do, what I say, how I say it and who I am.

I am honored because we have been allowed to be around for 21 years. And some critics still give enough of a fuck about us to keep writing about us and to keep challenging us. It keeps making us work harder each time. I should be thanking you, so here it is: Thank you. There are some of you who will never get to this point of the piece and will have a preconceived notion of who I am and what I’m about. To those of you who have read on, here is my challenge: Be fair, don’t get personal and please, stop pointing out where you think Auto-Tune is used.