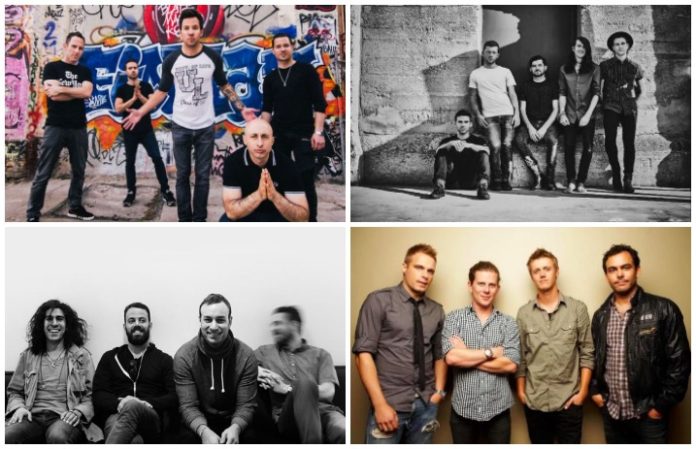 Next month, Simple Plan will hit the road to start the 15th anniversary tour for their debut album, No Pads, No Helmets…Just Balls. They were my first favorite band. I identified with “I’m Just A Kid” (yes, life is a nightmare!), longed for “Addicted” (and giggled at “I’m a dick” in live performances), and puzzled over “My Alien” (Is this a metaphor or actually about an alien?).

To see that album played in full would be a dream come true for a younger me.  Present-day me would already have a ticket if the tour stopped in any city nearby. It doesn’t, so I’ll settle for playing the album on blast in my bedroom while waves of nostalgia wash over me.

Ultimately, that’s what anniversary tours are betting on: that enough fans want to recapture the emotions sparked by decade-old albums to spend money on a night that transports them back in time, if only for a few hours. As the surge in these tours—from Mayday Parade and Brand New to U2—shows, that bet is paying off.

We show up to these concerts to be swallowed in the experience of a favorite album played in its entirety. Some fans might fall in love with a record years after its release, so this is their first opportunity to be swept up in the excitement surrounding it. For others who have loved an album since a lead single dropped, they might hear those familiar songs reinvented, like on Yellowcard’s Ocean Avenue Acoustic tour. And sometimes, the draw is in being part of an event that honors a milestone in a band’s career. There are anniversary tours and then there are wildly popular destination events, such as the Killers’ Decennial Extravaganza in Las Vegas to mark the 10th anniversary of Sam’s Town, or the Maine’s 8123 Fest in Phoenix to celebrate 10 years since the band’s formation.

And it’s not just bands themselves jumping on the nostalgia trend. Warped Tour’s Warped Rewind at Sea cruise will set sail this fall, with performances from Good Charlotte, Simple Plan, Cartel and other bands who have been around for years. Emo Nite has exploded, bringing fans together to sing along to scene classics, from Fall Out Boy’s “Sugar, We’re Goin’ Down” to My Chemical Romance’s “I’m Not Okay (I Promise).”

Classic songs and albums are familiar and comfortable, and singing along to them is effortless and something we can lose ourselves in. It’s a warm hug delivered via music, surrounded by hundreds of other fans who find their own meaning in these albums and show up years later to celebrate songs that have become anthems.

But amid the nostalgia high that comes with screaming beloved songs from years past, there’s a lingering sadness that creeps into the concert venues. The bands and their members aren’t the same as they were 10 or 15 years ago: sounds change completely, popularity ebbs and flows, members leave and are replaced, others start serious relationships or have hearts broken, some become parents.

During Simple Plan’s tour, vocalist Pierre Bouvier will sing “Perfect,” just as he’s done to close the band’s shows for years. It’s a song that could only be written by an angsty, conflicted young adult who’s chosen a path that’s earned their parents’ disapproval, but now, Bouvier is a 37-year-old father asking, “Did I grow up according to plan?” Even in events built on a promise of nostalgia, there’s no escape from the passage of time.

We’re not the same people either. Loved ones die, friendships and relationships start and end, graduations come and go. Even music tastes aren’t constant, and some artists go from “my favorite band” to “a band I used to like.”

That’s what makes these tours so bittersweet. The albums, the people who made them and the people who first fell in love with them, are stuck in time. The bands and fans have grown up. But for one night, the past and present can intertwine.