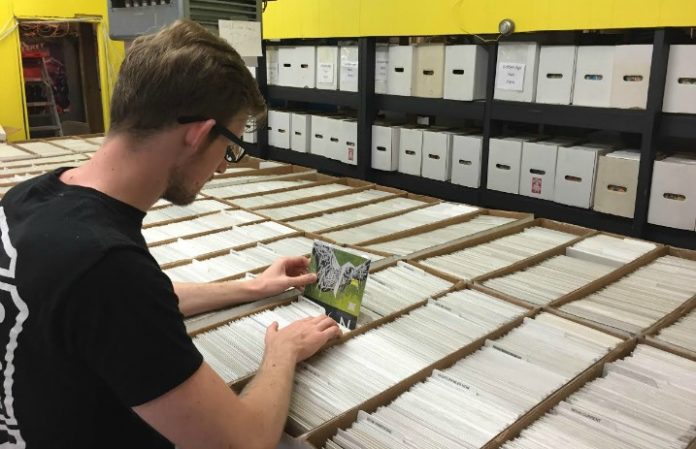 I have fond childhood memories of watching cartoons, playing with action figures and escaping into the vast depths of my own imagination for most of the day. As I grew older, I felt the magic wane and lived through some Toy Story 3 tear-jerker moments: watching my tiny plastic heroes sold off at garage sales or thrown in the trash. I got into punk rock and started playing music: I was growing up. Then suddenly, in my early twenties, I was witnessing a new Golden Age of superheroes taking place on the silver screen. I began to fall into the wormhole. Now, at the age of 28, I can safely say that comics are my new punk rock.

When I say “punk rock,” I don’t mean that enjoying comics is frowned upon by the mainstream—at least not anymore. My older friends who have been into this world for decades often remind me that they were the ones being beaten up at school for liking such a nerdy thing. Now, it’s not only acceptable, but actually cool to be a nerd. However, what I’m referring to is being able to fall in love with something and having so much to absorb and appreciate. Instead of thousands of bands, there are thousands of stories, writers and artists to discover. Even if they’ve been around forever, they were all new to me.

Just like punk rock, I quickly began to find solace in a new community. I started a Facebook group for my close friends and I—who were new to comic culture—and experienced nerds who could teach us a thing or two. Our elders quickly schooled us by loaning us stacks of books to read as if they were our homework assignments. I began to start developing taste, finding the writers and artists I enjoyed the most and digging deeper into what was interesting and cool rather than what was popular. It was happening all over again.

Instead of a record store, I began frequenting my local comic shop (Comic Relief in Flint, Michigan). The workers there were just like the tastemakers of the not-so-distant past when people, you know, used to buy music. “You like this? Well you’ll love this!” It felt good hearing suggestions again instead of roaring egos. It felt better when they were phenomenal suggestions. It’s like the days of getting punk-rock compilations, when I would look at the names on the back of the CD to find new bands or just simply checking out what album covers looked the coolest. Comics are the same thing. You get a free copy of previews to scope out some new titles from each company. You buy the first issue and go from there.

It also helps being older and having money to blow, because individual issues are $3 to $5 these days. It’s like buying singles for albums. In this case, the single would be an issue, and the album would be the trade or full graphic novel. Trades are the paperbacks or hardcover collections of issues that come out once enough time has passed and the partial or full series is released. These range from $10 (indie comic companies) to $20 or $40 for your big name stuff. In the end, you will save money getting these, but you have to be patient.

Collecting records and comics are incredibly similar. First presses and rare anything are worth the most. You can check eBay or tons of sites to check their value. That dusty garbage you have in your pile could be someone else’s treasure. Most importantly, you'll get an addiction to it. In no time you’ll have crates of comics and records slowly filling up a room in your house, and your significant other will probably get sick of it.

Some pretty big name musicians have made the leap from writing songs to comics as well. Coheed And Cambria had a history of releasing comics to go with their concept albums, but My Chemical Romance’s Gerard Way and Say Anything’s Max Bemis already have a few titles under their belts, as well as upcoming releases from Marvel and DC—you know, the two biggest comic companies in the world.

I’m assuming you’ve seen the success of comics being translated into television. The Walking Dead broke the barrier and now we have phenomenal series such as Daredevil on Netflix, Preacher on AMC and Outcast on Cinemax. These stories all came from somewhere, and it’s the best time to get involved.

Writers such as Brian K. Vaughan, Matt Fraction, Jason Aaron, Tom King, Brian Michael Bendis, Ed Brubaker and so many more are giving new life to the storytelling medium. Gone are the days of the quickly written, “White man in a cape flies in, saves city and flies away.” Now these writers are empowering characters that were once minorities, writing realistic and relatable storylines or just soul-crushing political commentary.

So yeah, I am absolutely obsessed with comics and I’m still learning more every day. I get to talk to my friends and analyze every little thing or let them borrow my books. I get to escape reality and read by myself, whether it’s the stack of books I bought or the Marvel Unlimited app on my phone during my breaks at work. It’s not just about violence, anger and capes–it’s complex storytelling and character development. It’s good writing. Comics are punk rock in text. Comics are my new punk rock.