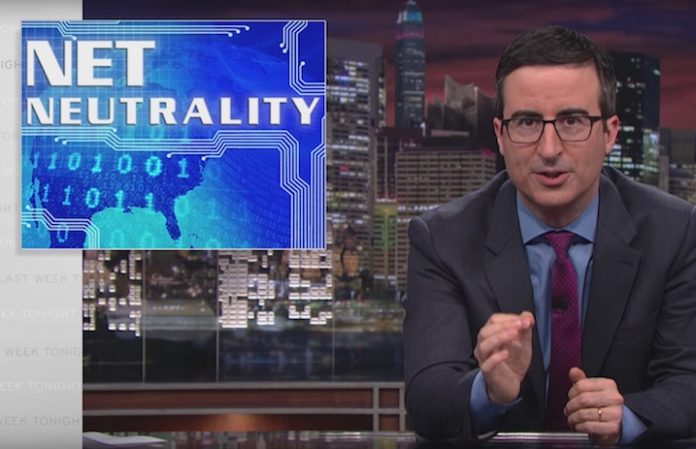 Most bands come from nothing. “Making it” is a prize won by a select few of the thousands that try their hand at it. This scene is very aware of that, and because of that takes extreme pride in the DIY lifestyle, often putting those sentiments into song. In A Day To Remember’s “Sometimes You’re The Hammer, Sometimes You’re The Nail,” Jeremy McKinnon screams, “I who came from nothing/Leave hope in my wake.” Motionless In White’s Chris Motionless says in a mantra-like fashion, “No money, no sleep, dedication” in their song “570.” Local bands who are serious about their music have to give everything to their craft, even if it means barely eating on the road so they can have enough money to buy gas. In 2017, it also means putting whatever money they have into advertising and expanding their online presence.

And that necessary avenue might be taken away very soon.

Read more: 17 bands speaking out with their music in 2017

Federal Communications Commission Chairman Ajit Pai is pushing to repeal what is called “net neutrality,” which is a concept that is meant to give everyone on the internet equal footing. Net neutrality is what theoretically allows John Doe in Montana to have just as much of a voice on the internet as would a giant corporation.

In regards to this music scene, it’s what helps underground or burgeoning bands gain exposure and grow their fanbase.

Even now, with net neutrality intact, bands already have to pay websites and social media platforms such as Facebook, Twitter and Instagram to increase their visibility. This has been a conversation in the scene for quite a while, the concern being that bands shouldn’t have to pay for followers. Those who are already angry about that are about to get a whole lot angrier if the FCC chairman has his way. Repealing net neutrality would mean that people who have the most money will effectively monopolize the internet. People and companies with the deepest pockets to pay off internet service providers (ISPs) will be able to secure top spots on the internet, while bands who can’t afford that will slip even further into anonymity. The musical community is about to be in a huge bind, and bands, including Sharptooth and Miss May, I are already voicing their opposition.

If recent events aren't indications you need to vote at every government voting booth, federal, state, and local level. Net-neutrality is definitely one. Even the ability be on Twitter the way you see it today is at risk. Dial 202 418 1000 and tell the FCC you want your rights.

Support net neutrality. Do not let these companies control the stream of information and how you access it. https://t.co/fxPIAzBMZm

#NetNeutrality is an issue of grave importance for all people in the USA. We need to band together on this one. https://t.co/crOv8TcBWl

Do anything you can to protect Net Neutrality! Visit this link for ways to make your voice heard! https://t.co/JIExLziURA

And that’s not all. Repealing net neutrality also would mean that the FCC and ISPs would have more control over what type of content is readily available to people. Basically, the internet would become a place of censorship virtually unusable for most artists. If an ISP doesn’t think your band’s content is suitable for mass visibility, then it won’t be dispersed to the masses.

If you’re an avid music fan who can’t wait to get their hands on new music, you’ll be affected, too. First of all, you won’t get the same access to bands you would have under net neutrality. Secondly, your voice wouldn’t matter, either. Just like the bands themselves, fans who actively try to promote their favorite new artists online won’t get the proper opportunity to.

Many people think that even if the FCC gets its way, there will immediately be a slew of lawsuits that will ultimately result in the return of net neutrality. But if you don’t want to wait for that, you can do something yourself. If you’re against the FCC’s repeal of net neutrality, call Congress to voice your complaint.