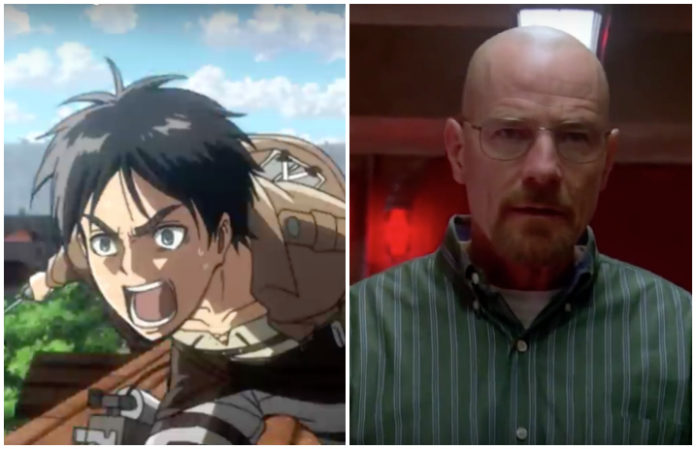 In the age of Netflix, Hulu and HBO, there are millions of genres of television. From well-intentioned drug crafters locked in a laundry facility to ’80s waffle-eating children saving the world, it seems like every show gripping the nation fills its own unique niche. And yet, one broader genre is making a hefty resurgence: animation.

Two Christmases ago, my then-13-year-old brother asked me to watch the anime Attack On Titan with him over the holiday break. Skeptical, I agreed to sit through the 24-minute episode, assuming it would carry the level of camp Sailor Moon did when it aired on Toonami. I was entirely wrong. All it took was the pilot and I was glued to a screen for a week straight, devouring all 25 power-packed chapters of a show I had never heard of prior. I hadn’t found myself this invested in a show since I binge-watched all seven seasons of Sons Of Anarchy.

Looking back on the history of television, the rise of adult-centric animated series isn’t blindingly new. America has followed The Simpsons since 1989. South Park has been offending people everywhere since 1997. Even though Adventure Time has a home on Cartoon Network—usually seen as a channel strictly for children—the show has been widely embraced by adult fans. This year Samurai Jack is getting a matured reboot for Adult Swim, while Rick And Morty is set to be the next big trend in intelligent, yet mindless animated antics.

So why is it that a show like Seinfeld, which premiered the same year as The Simpsons, ended in 1998 but Homer and his family are still gracing Fox and FXX to this day? Well, animated shows have a major strength over their traditional live-action counterparts: their ability to run forever. Even if actors age, their voices stay pretty stagnant. This has allowed for Bart Simpson to remain 10 years old for longer than I have been alive. Also, the set stage of animation need not change, and the topics that can be discussed are allowed to vary entirely. This is why South Park is so successful. Even though Eric Cartman and his friends will never graduate their elementary school, they’ve been able to circumnavigate a plethora of political debacles, current events and pop culture fads that feel contemporary when they first air but are retroactively well-received when re-watched seasons down the road. Shows that can actively accommodate the outside world into their never-changing fictional reality become timeless—unlike any show with aging actors.

Another thing many animated shows have in common is a strange crossover in age groups. I wouldn’t necessarily recommend a 5-year-old watch South Park or Death Note, but a 14-year-old could easily process those shows almost as well as an adult could. The underlying coming of age lessons of kid shows like Over The Garden Wall and the nuclear war references throughout Adventure Time also sit more prominently in the mind of a well-experienced adult, rather than a child watching a teenage boy run around a fantasy world with a sword. Though they are cartoons, we can level with them at different stages of our lives and find deeper meaning in them that we couldn’t process, but could still enjoy, in our youth.

On the surface, modern day story-line television can be broken into two categories: highbrow viewing and lowbrow viewing. Most sitcoms will remain in the lowbrow category whereas highbrow television here, thus, refers to shows that could have de-briefing talk shows afterwards: The Walking Dead, Game Of Thrones, Lost, Mad Men and basically anything on HBO. Animation, on the other hand, breaks this mold.

Rick And Morty may be set up like a sitcom where the nuclear family is plagued by the reintroduction of the wacky grandpa, but on a much deeper level we see the darker realities of life. Main characters include a wife constantly contemplating divorce, a potentially closeted husband and the inner demons of an alcoholic grandfather who spent years absent from his daughter’s life. This dichotomy of harsh truths rooted in ridiculous antics becomes a constant trend in most major cartoon success stories nowadays.

So finally, let’s get back to the wonder that is Attack On Titan. Not only is it beautiful with scenes looking so real I tend to forget it’s not a live-action show, but it’s also one of the greatest storylines brought to life on the little screen. On the surface, Attack On Titan probably seems campy as hell. It’s all about the remains of civilization being relentlessly attacked by giant titans who seem to have no purpose other than blindly attacking (and eating) the remaining shreds of the human race. But what this show is truly about is the nature of war. Attack On Titan dissects the constants of honor and loyalty as told through fighting forces without any real directive other than survive and avenge those taken before their eyes. Balanced with almost absurdist comic relief, the show extends to more brooding characters like the ever badass Mikasa, the main female who is also hands down the show’s most impressive character.

What we get here is a highbrow extension of something that cannot be entirely shown in live-action television. We are not analyzing how real a zombie or dragon looks because the entire setting is animated, too. With this forced suspension of disbelief, the true realities that are being touched upon within the show shine far more brightly. Suddenly, the internal struggles of the characters matter more. Whether Eren should join the military and fight for his city becomes the focus of Attack On Titan, and not an actor’s portrayal of that character’s dilemma. Rick Sanchez’s brief decision to save the family he so constantly forsakes at the end of Rick And Morty season two resonates with the viewer more because suddenly something we were taking to be arbitrary and mindless has smacked us with something incredibly meaningful.

As hype for the upcoming seasons of Rick And Morty and Attack On Titan continues to grow, we see an overall interest in the medium expanding, too. Netflix has released several animated shows exclusive to its subscription service, while shows on Cartoon Network like Steven Universe and The Powerpuff Girls reboot are slowly growing in popularity to generations beyond the intended audience of children. With the growing complexity and broadened viewer demographic, there’s a great possibility that animated shows could eventually dominate the televised component of recreation. Perhaps a cartoon could even be the next Game Of Thrones.