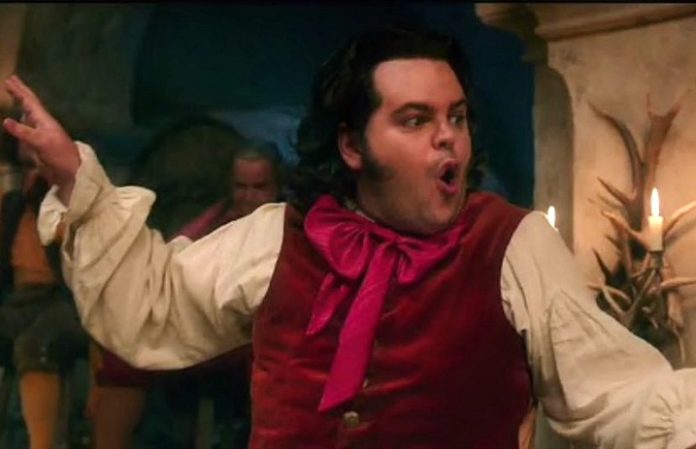 Disney’s latest live action adaption, Beauty And The Beast, is finally here. After months of fantastic promotional material and some heavily Auto-Tuned singing from Emma Watson, audiences have the chance to relive their childhood/introduce the next generation to the classic tale of a bookworm and a water buffalo who fall in love to break an evil curse.

Is this plagiarism, or a work of art?

Unsurprisingly, people are up in arms over this movie, but it’s not because of the implied bestiality. It’s because the director, Bill Condon, revealed in an interview with Attitude magazine that Gaston’s bumbling sidekick LeFou is gay.

Let’s face it, who doesn’t dream about being friendzoned by Gaston?

While the bigoted backlash has been disheartening to see, it’s a bit delayed—LeFou isn’t even close to being the first gay character Disney has put on screen. The biggest difference is the lack of subtlety in the introduction. The first major attempt at including a relationship came in the High School Musical series, between Chad and Ryan. Even though the script technically covered up this not-so-subtle relationship by including heterosexual couplings, just look at how Chad gives Ryan a full up-and-down here.

And guess what—it doesn’t stop there.

THEY SWAPPED CLOTHES. Straight guys don’t do this. Most straight guys can barely hold hands in public without constantly talking about how they’re holding hands.

If this unofficial pairing isn’t enough to convince you, just turn to the Disney Channel for an “official” relationship. Good Luck Charlie drew the wrath of the misleadingly named organization One Million Moms back in 2013 when they dared to include a character with two moms. This group with fewer than 90,000 followers on Facebook became so irate that they started an email campaign in an attempt to stop this family from ever seeing the light of cable TV.

“One Million Moms launched an email campaign in 2013 that urged Disney officials to abandon their plans to corrupt the children’s network with LGBT content,” the organization said in a statement. “However, Disney officials have not responded to the thousands of emails protesting their plans. Disney has decided to be politically correct instead of providing family-friendly programming. Disney should stick to entertaining, not pushing an agenda.”

Just look at this dastardly couple. Clearly they hate families.

LeFou isn’t even the first gay character to show up in a Disney feature film. While it isn’t explicitly stated, the shopkeeper from Frozen did have an attractive and shirtless man waiting for him in his sauna. He could be a brother, but odds are he’s enjoying time with his children while his husband tends shop during a freak blizzard.

Beauty And The Beast will likely make hundreds of millions of dollars, if not crack the magical billion threshold, over its theatrical run even with the intolerant dollars it’ll lose out on. While the reviews have been middling at best, if Disney’s other recent live action attempt, The Jungle Book, is any indication, the visuals will be absolutely breathtaking and the musical numbers show-stopping. At the very least, it will give audiences a better idea of what to expect from Disney’s next “live action” attempt, The Lion King, which also happens to star a potentially gay couple.