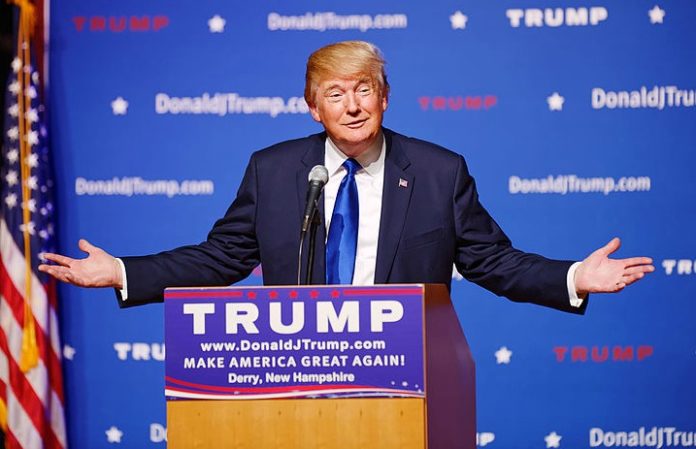 As the news reported that Donald Trump would be the president-elect in 2016, I noticed a “consolation prize” narrative appear in my social media feeds. The sentiment prevalent in many aging liberals was that Trump and the “alt-right” may have won, but at least we’ll see a return to the urgent Reagan-Era punk that defined the movement.

There are many problems with this type of thinking. Many. To start, it ignores several key issues the U.S. is knee deep in—full-blown epidemics—that are affecting Americans, regardless of race, age or gender. The most glaring are gun violence and the United States’ opioid problem, the latter which was largely ignored during the campaign cycle. Whether Secretary Clinton or Mr. Trump won, these things will continue to kill; no punk anthems attacking either candidate would have stopped them. Green Day’s appropriation of a MDC lyric (“No Trump! No KKK! No fascist USA!”) during the American Music Awards will not prevent Muslim-Americans from being attacked. Furthermore, the gun violence issue—which is largely impacting minorities—won’t be aided by angry white people, albeit the ones that voted for Hillary not Trump. Musically, it immediately puts punk on a pedestal as the only valid political platform in music, completely ignoring hip-hop, which is vastly more popular and has a larger social reach. The best example is how involved the hip-hop community was with “Black Lives Matter,” where it felt like every artist had a take and immediately took to their social accounts to create awareness. The whole  punk-is-going-to-be-great-again mindset sullies the work that was in full swing, even before the election.

Read more: 18 musicians who are clearly against Donald Trump for US president

These two problems are awareness issues, not party lines. What’s terrifying is that these societal concerns can easily be skewed, twisted and subverted to increase the already large divides in this nation. Want to really get shook? The political and social climate in the U.S. reads more like that of the U.K. in the ’80s, where nationalist/white power Oi! music grew and eventually penetrated the U.S. as an “emerging movement that arose in response to perceptions of political liberalism, diversity and the loss of a power in the white community.” We also forget that the European nations so admired by Bernie Sanders supporters were the incubators of black metal, where more racial bias (even murder) became a part of that music culture throughout the ’90s.

Mr. Trump isn’t even president and we’re already seeing the arts being attacked, from the ridiculous, yet harmful claims of Pizzagate and the more serious attack on DIY spaces in D.C., linked to the “alt-right.” What’s particularly troubling is that they’re leveraging the tragedy in Oakland to bring these spaces down, tipping off fire marshals under the guise of “concern.” Yes, these spaces should be safe, but they shouldn’t be targeted because they’re “incubators for liberal ideas” or whatever nonsense the tipsters are allegedly rallying under.

Though he has since apologized and was placed on leave this past year, food writer for the popular culinary site Eater Nick Solares came under fire after the internet finally figured out that he used to front Youth Defense League, a band he once described as “nationalist and anti-communist.” Solares had also said in interviews conducted in the late-’80s that Y.D.L. were a “white pride” band and liked to pose for pictures with former members of white-power punk band Skrewdriver—a band Y.D.L. thanked on whose music they covered—as recently as 2012. In Solares’ defense, he claims he had denounced those views and had glowing support for many of his peers. Still, this didn’t stop Eddie Huang from completely airing him out on another food site, pointing out that a simple Google search showed Solares’ link to the white nationalist movement. We can safely say that everyone at Eater knew about this and assumed it was better to not address it, rather than draw attention to it. Huang made the simple point that regardless of his stances now, sending a “former” racist around to review ethnic food might not result in unbiased takes.

“If George W. Bush’s era taught us anything, it’s that any thread of punk that reaches the mainstream will be co-branded, co-sponsored and licensed for a commercial or branded content through a media partner. That was our reaction to war in the early-2000s: Fuck the world. Pay me.“

Having lived through both Bush administrations, I can assure you that despite what many 30- to 40-somethings want, Joe Strummer won’t be leading them into anything, besides possibly some chart-topping Combat Rock. If George W. Bush’s era taught us anything, it’s that any thread of punk that reaches the mainstream will be co-branded, co-sponsored and licensed for a commercial or branded content through a media partner. That was our reaction to war in the early-2000s: Fuck the world. Pay me.

There is no such thing as “music.” It’s been replaced with brands, factions, subgenres and styles that can be filtered to our tastes, allowing maximum curation but little in the way of moving any cultural needle. Because of this, bands such as G.L.O.S.S. or Cvnt Pvnt can boldly speak to their audiences and gain attention, but it’s capped. And while the reach of Laura Jane Grace’s work in Against Me! and her recent book Tranny reach a broader audience, it’s still likely that those who harbor a bias toward the transgender community will ever hear that side. Instead, those who oppose progressive thinking can build their narrative in private, much like the nationalists did in the U.K., convincing many disenfranchised minds that it was immigrants and lazy drug addicts that were poisoning their nation.

In our golden age of information, the results of this past election and Trump’s victory are massive gains for those who are anti-data and anti-intellectual. Because of this, it creates the perfect breeding ground for fascist ideas to grow, especially in music, as it did with the Russian skinhead rising in the early-2000s. Let’s also be very aware that there are many “liberals” who defended the artful freedom of expression for national socialist black-metal bands, to the point where the 2009 documentary Until The Light Takes Us appeared more like a love letter than an exposé on hate. Throughout the GW Bush administration and into Obama’s presidency, NSBM continued to thrive, specifically through independent labels based in the U.S. and Europe, as well as with several power electronics and neo-folk artists who flirt with Nazi imagery and ideals in their music.

Just two years ago, the metal community buzzed about Inquisition’s alleged white-power ties, and let’s not forget Mr. Philip Anselmo’s gross behavior this past January at Dimebash, which has already been forgotten and forgiven. If you’re wondering how this happened, it was all right there from the start. Even those so ready to write an anti-Trump anthem listen to Burzum from time to time or Pantera or Death in June. Of course it’s an artist’s right to express themselves—something that will become paramount under Mr. Trump’s regime—but it may be time to seriously consider the harm in supporting those who claim they are subverting hate speak and imagery in the name of art.

Sadly, “fashwave” is what you’ll see more of, and don’t be surprised when more mainstream artists such as Kayne West flirt with Trump without losing fans. The counter to the push for gender equality and civil rights legislation is that many “traditionalists” (what an awful term) feel their rights are being threatened and that, more importantly to them, their tax dollars are going toward the far left’s agenda. “Safe spaces” are for the weak and “political correctness” has taken the strength out of our country, so they rally together against “victim culture” and ultimately, equal rights.

The most flagrant example is the formation of the Proud Boys and their art show, which took place at the Wallplay gallery in New York City. Wallplay viewed the pro-Trump show as the group’s First Amendment right and allowed them to rent the venue. It turned into an actual bloodbath of performance art that blurred the lines between blatant satire and blatant entitlement, aimed to offend regardless.

“The reason this happened is that the vitriol—the underdog anger—has transferred from those who truly are the minorities in this country to those who feel threatened by “liberalism.” In their minds, they are the the punks who are going to fight for what’s right. They will protest the swing toward the left, and they are, in many ways, now in control of the arts and popular culture, with Donald Trump leading them.”

The reason this happened is that the vitriol—the underdog anger—has transferred from those who truly are the minorities in this country to those who feel threatened by “liberalism.” In their minds, they are the the punks who are going to fight for what’s right. They will protest the swing toward the left, and they are, in many ways, now in control of the arts and popular culture, with Donald Trump leading them.

How is the white majority the minority, fighting for their country? That’s the entire reason Mr. Trump is going to become your president and Secretary Clinton won the popular vote. Denial that this shift has occurred and walling yourself off from the reality that this happened is the most damaging thing that can happen. But hey, those “Fuck Trump” songs will sound so powerful in a pair of overpriced headphones.