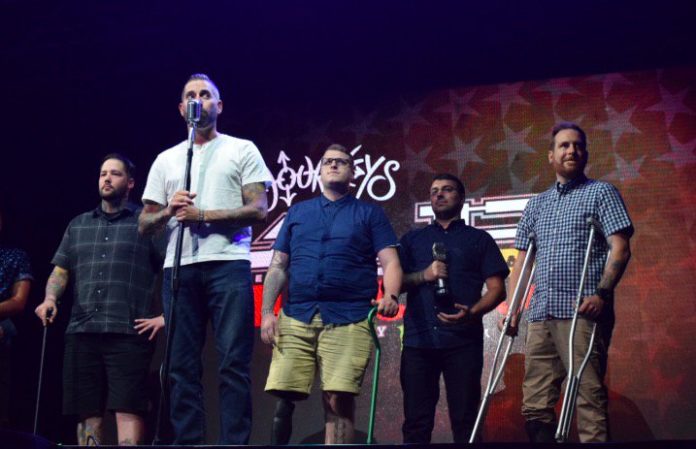 So maybe you missed the APMAs. (Where were you?!) It’s alright, we’ll forgive you this time, and do you one better. We’ve compiled our greatest hits and highlights—it’ll be like you were there with us in Columbus! Here are our favorite parts and performances of last night.

Just a couple days before the show, we dropped the bomb that Teen Wolf's Tyler Posey would be joining us at the 2016 APMAs. But he surprised us all when he started the show off with a bang by moderating Jack and Alex's presidential debate. His super-positive spirit and energy got the crowd hyped! Here he is with his brother Jesse, who walked the carpet with him.

Even though Fall Out Boy's frontman couldn't be at the show to accept his award, he made a hilarious video in which he thanks the fans for voting him Best Drummer…and then becomes quite upset when he realizes that's not the case. Way to steal our hearts without even being there in person.

Even though ROAM's Alex Costello surprised the audience by joining Neck Deep on stage for a cover of Blink-182's “The Rock Show,” Alex Gaskarth surprised us all by running on stage for an impromptu guest spot on the tune.