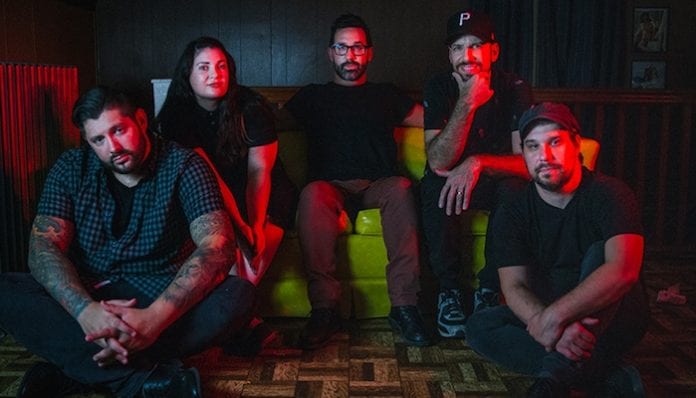 Supergroups bring the best of many worlds together, and Pack are no exception. Consisting of Punchline, the Juliana Theory and Zao members, the alt act are officially making their debut.

Less than a year since Pack’s early stages, they’re partnering with AP to premiere their first single “I’m On Fire.”

In early 2018, the Juliana Theory guitarist Joshua Fiedler, Zao guitarist Scott Mellinger and Vesta drummer Justin Niedzwecki were playing a handful of Tom Petty tribute shows. The three musicians enjoyed playing together so much that they decided to collaborate on a batch of original tracks.

The trio brought in Punchline bassist Chris Fafalios and frontwoman Kelly Tobias to complete the lineup and began working on songs. They closed out 2018 by rehearsing, writing and recording the first single, which touches on embracing strong emotions.

“This song is about the concept of feeling things very deeply and trying to talk yourself into the belief that your rage or passion is less than it is,” Tobias explains. “Whether it’s the desperation that comes with ending of a relationship, or outright anger that has accompanied our current political situation, the song is a nod to finding a way to embrace the outrage—permission to keep yourself ignited when the world and people around you accept and move on.”

“I’m On Fire” will hit digital streaming sites in early 2019. The single will also appear on an upcoming seven-inch to be released via Mind Over Matter Records later this year.

Pack will be joining Bikini Islands and Dinosoul at Cattivo in Pittsburgh Jan. 5. Tickets are available here, and more tour dates will be announced soon.

What do you think of Pack’s first song? Let us know in the comments below!