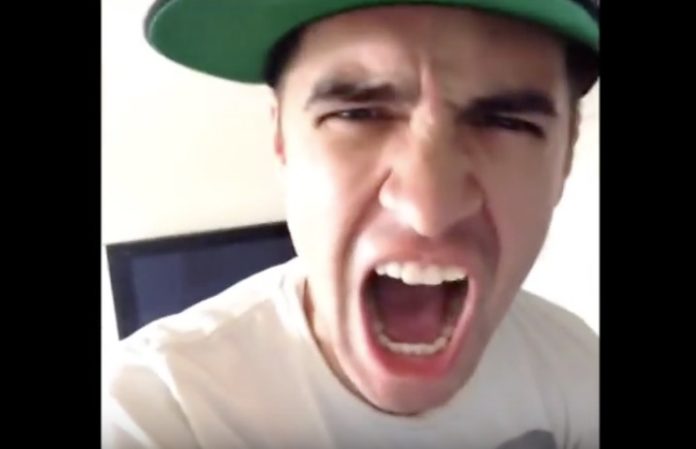 Panic! At The Disco’s Brendon Urie is a rock powerhouse. Tracks like “I Write Sins Not Tragedies” and “This Is Gospel” have helped him land a spot at the top of the genre, and he even nabbed the coveted Song Of The Year award for “Hallelujah” at the 2016 APMAs.

While we’ve loved Brendon’s “Positive Hardcore Thursdays,” little did we know that Panic! At The Disco could have actually been a hardcore band.

In a recent sit down with AP’s Ryan J. Downey, Brendon Urie said that going to his first hardcore show was the coolest thing. “Kids were just moshing, hitting each other in the face and then hugging each other,” says Urie. “I was like, ‘This is amazing. This is incredible. This is the coolest scene I have seen in my life. I want to be a part of this.’”

So when it came time to forming his first bands, he decided to pursue the hardcore track—something we wouldn’t expect from Brendon’s melodic vocals today. “The moment I wanted to be in a band, I was in high school,” says Urie. “I was like 15, and I wanted to start up hardcore bands. I had just found out what hardcore was, and I was all about it… We’d have a hardcore band for a week, and then we’d never meet up again for another band practice. It was that every week.”

The hardcore scene got him into bands such as Underoath and Every Time I Die, but he didn’t simply stick with a single genre. He also listened to the likes of the Smiths, Aimee Mann, Norma Jean—and even *NSYNC.

To hear more about Brendon’s upbringing, including growing up in a house of musical artists and instruments, watch the Panic! At The Disco MI Conversation Series in full below.