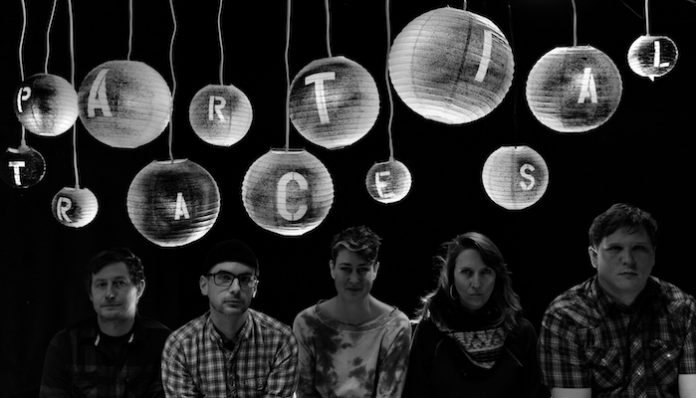 Minneapolis-based indie-rock act Partial Traces are gearing up for the release of their sophomore album, Low Definition. Featuring members of Banner Pilot, Dear Landlord and the Soviettes, the band are teaming up with AltPress to exclusively share their atmospheric new single, “Ornamental.”

The track follows previous single “Here We Go,” which dropped in August, marking their first new music since their debut album, Glass Beach, in 2017 and two-song EP, Shot Robot / Elements, in 2018.

Both new singles will appear on upcoming Low Definition, which they completed production on this summer. The group—Maren Macosko (vocals/synth), Annie Sparrows (guitar), Nate Gangelhoff (guitar), Brad Lokkesmoe (drums) and Mike Rose (bass)—worked with Terrarium Recording Studio, who have an impressive list of prior clientele, including Motion City Soundtrack, Beck, Owl City and Snow Patrol.

The studio specializes in blending analog techniques with modern technology, which meshes incredibly well with Partial Traces’ overall dreamy vibe. As for this specific track, Macosko explains it was born from a random sample pack.

“Nate [Gangelhoff] made this originally out of a sample he found in some sample library he got,” Macosko says. “Brad [Lokkesmoe] downloaded the sample into his Roland, and we were all pretty surprised how well it works to play it live. I always feel like I’m floating when I listen to this song, and I like the way the very few lyrics reference back to the title track.”

You can check out “Ornamental” below.

Low Definition drops Sept. 27 via Salinas Records and is available for preorder now here. The album features an incredible painting by fellow Minneapolis-based artist Lisa Luck, which you can check out below along with the tracklisting.