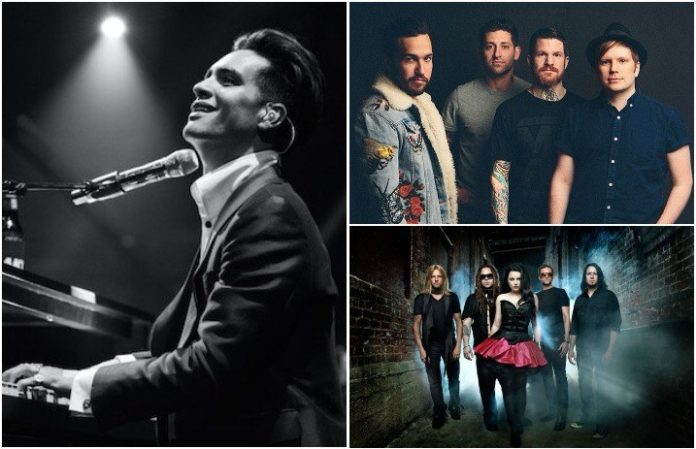 We're sure we're not the only ones excited to leave 2017 behind—and start 2018 off with a bang. Thanks to Twitter, we've found some pretty epic tracks that are perfect picks for kicking off the new year on the right note. (Literally.)

Start your 2018 off right with one of these epic tracks. It's really the perfect way to do it.

Read more: 11 New Years’ resolutions we can all make to be better music fans

Who wouldn't want to ring in the new year with “Africa”?

“WAKE ME UP INSIDE”

if you play “bring me to life” by evanescence at exactly 11:59:08 on new years eve, the first “wake me up” will play at exactly midnight. start off your new year right

wanna start your new year in the most “killer” way possible? play mr brightside on december 31 at 11:56:26 PM and the final “bumm bumm buummm” will play right as the clock strikes 12, christening you into the new year as mr brightside. your mr brightside now. come out of ur cage

NYE is the best time to turn up the crazy with P!ATD

If you play @panicatthedisco’s ‘Victorious’ off their new live album – All My Friends, We’re Glorious on December 31st at 11:59:06 PM – Brendon will tell you to turn up the crazy right as the clock strikes midnight. Start off your new year right. pic.twitter.com/gVVsMRB0pA

It's true: “Champion” is the ultimate jam

Turn up the heat with August Burns Red

If you play “Float” by @abrband at 11:56:19pm on New Year’s Eve, the line “Wake up the fire inside” will play right as the clock strikes midnight. Start your new year off right!

If you play 'In The Air Tonight’ by Phil Collins on December 31st at 11:56:40 the drum break will play right as the clock strikes midnight. Start off your new year right.

The Fever want you to have a fire NYE

Start 2018 off right. Shouts out to Peapod for this one. Share this tip with friends and make sure they come into this new year with that fire. RT RT RT pic.twitter.com/abLi03jxSv

If you play “New Years Day” by @blackveilbrides on the 31st Of December, at 11:59:22, the first “this is new years day” will start exactly at midnight. Start your year off right.

Like, actually though. Any New Years Day song is perfect, right? (We bet Ash Costello would agree!)

What song will you be ringing in 2018 with? Let us know in the comments below!