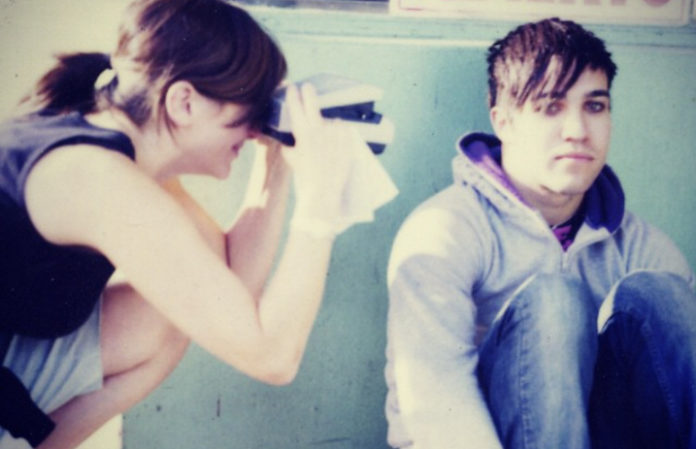 Pamela Littky has photographed everyone from Oprah Winfrey and Anna Kendrick to Green Day and Paramore. However, when she was starting her career, some of her first shots were with up-and-coming emo-rock outfit Fall Out Boy. We sat down to talk the mystical setup for Infinity On High. You can check out more of her work at pamelalittky.com.

How did the concept for the cover shoot come about?
The overall concept for the shoot mostly came from the brain of Pete Wentz. Pete and I had a couple phone conversations, where Pete had a vision of a dreamlike/nightmarish bedroom scene. From there, I brainstormed with Todd Fjelsted, who designed all the sets, spitballing ideas of anything and everything that could take place in your subconscious dream state (e.g. flying sheep).

What was the mood of the shoot?
I recall the mood being super fun. At that point, I think it was my third or fourth shoot with them, and each time it had been better and better. Being that it followed From Under The Cork Tree, this was a really big album for them, and I remember everyone walking in and being in awe of the set. It was such an inspiring and fun world to exist in for a day.

Were there any shots or setups you were particularly struck by?
The cover from the Infinity On High shoot was definitely my favorite shot, but my favorite one with the guys is the shot in the bedroom mirror, where Pete and Joe are facing Patrick and Andy, giving it the illusion of a mirror image. It was all done completely in camera and was tough to choreograph. I still love that shot. I also loved shooting the little still life shots of all the small details: the multiple alarm clocks, the bugs crawling in through the window that we had a sculptor create, the moon.

You've photographed Fall Out Boy many times over the years—what is your favorite part about working with them?
Professionally speaking, I feel like we came up together in a way. When I first shot them for From Under The Cork Tree, that was very early on in my career. And not only did the shoots evolve over time, but we got super comfortable with each other and genuinely really liked each other. What I love about working with them is, first and foremost, collaborating with Pete. His creativity and knowledge of art, design and pop culture is incredibly vast, and coming up with concepts with him is so much fun.

The four of them are so different from one another, but they all are such warm, kind, humorous people, and they don't take themselves that seriously.

Are there any other shoots that stick out in your mind?
Another shoot that I really loved was for Folie À Deux. The shot of them on the bench is definitely up there as one of my favorites. But my number one all-time favorite is the cover I did for American Beauty / American Psycho.

from one of my favorite shoots of the year. #ABAP #falloutboy #fob #americanbeautyamericanpsycho

Do you notice any difference in shooting famous musicians versus the other celebrities you photograph?
I don’t see a real big difference between photographing rock stars, celebrities or even non-famous people. I approach every shoot the same (“How can I make this photograph great?”) and try to quickly build a rapport and a real sense of trust. Trust is everything. alt