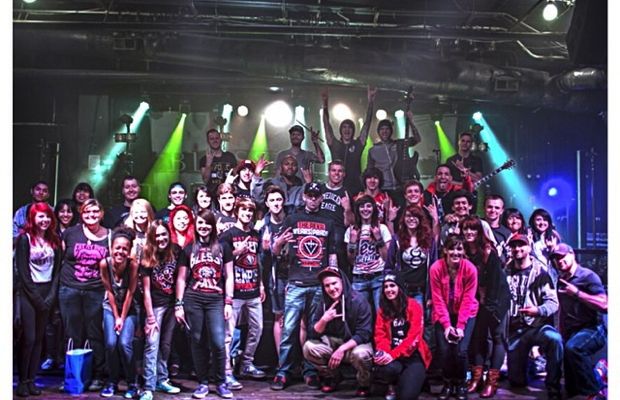 From tweeting to pinning, being plugged in is a norm for today's Internet age. Thanks to all of the social media sites (Vine, Instagram, Twitter, Facebook, etc.), fans and musicians have a chance to connect outside of the typical venues of meet and greets or shows. From silly vines to epic live photos, you can expect just about anything when it comes to social updates. If you're curious what your favorite bands have been up too lately, lurk our viral picks of the week!

I don't know who made this for me, but thank you. It lived in my kitchen for 3 years. #movingday http://t.co/srprYIOMqW

A casual meet and greet from last week. http://t.co/MUrokrGSWS

I'd like to point out what my huz got me for my birthday, real quick. #18thcenturycrusaderhelms pic.twitter.com/tA1qhvaXQk

Coming out of the shadows. We're coming for you. #warpedtour2014 pic.twitter.com/ifYry6NZy6