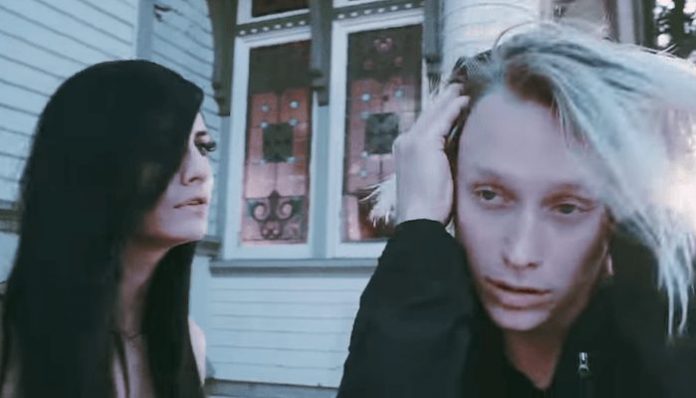 With a newfound confidence in being honest, Picturesque get personal in their latest track, “Pray,” premiering exclusively with AP.

The new song takes inspiration from artists such as Post Malone and blackbear. Like these artists, Picturesque are moving in a more vulnerable, melodic direction with their music. Based on vocalist Kylie Hollis’ recent break up after six years, “Pray” gives us the first taste of the band’s new honesty.

“‘Pray’ is about getting out of a long-term relationship to find out the dating world has changed,” Hollis says. “Dating app culture has taken over, and it can be lonely—instead of getting the emotional connection you crave, it’s all about physical attention.”

Hollis speaks from his own experiences in the dating world. After the end of his six-year long relationship, Hollis found the new dating scene hard to adjust to. Instead of helping him move on, Hollis’ foray into dating only made things worse.

“For me, it became a vicious cycle, ending up with the wrong person, trying to beat the loneliness but only becoming more lonely in the end,” he says.

The isolating feeling is conveyed in the song’s accompanying music video. Hollis is shown in different abandoned lots, with only the ghost of a girl to keep him company. Viewers might assume that this girl represents his ex, but she actually represents a lot more.

“The gal in the video symbolizes ‘the devil’ or temptation as well as all the gals the song is about,” Hollis says. “These girls would sort of ghost then reappear. Then they would try to seek ‘affection.’”

The band says this song is only the first example of what’s to come. Check out the video below.

What do you think of Picturesque’s new video? Let us know in the comments below!