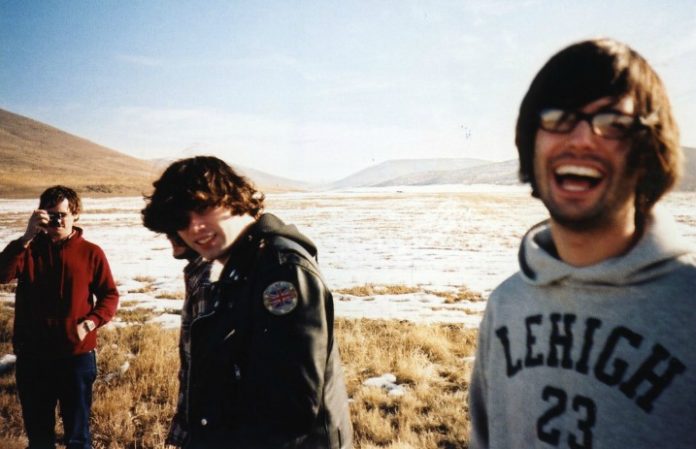 Through the years, emo rock band Piebald covered their favorite songs and didn’t do much with the recordings. Now, after singer Travis Shettel sifted through the band’s archives, they’re releasing an EP of selected covers, premiered through AP.

“We liked other peoples’ songs more than our own, and eventually had amassed a small batch,” says Shettel. “I suppose if you mix them together—Jawbreaker, Slayer, The Beatles—and put in a solid handful of suck juice, you would get Piebald.”

In addition to those three bands, the EP also features covers of Weezer’s “No One Else” and the Kinks’ “Strangers.” The covers were made throughout the band’s career, making the EP a unique taste of Piebald’s range of recordings.

Piebald is now working to rerelease their catalog of content, which will include a few never-before-heard tracks as a treat for the Boston band's fans. The full Piebald catalog, including bonus content, will be out on iTunes Friday.

For now, check out their EP of covers, and let us know what you think of the songs in the comments!