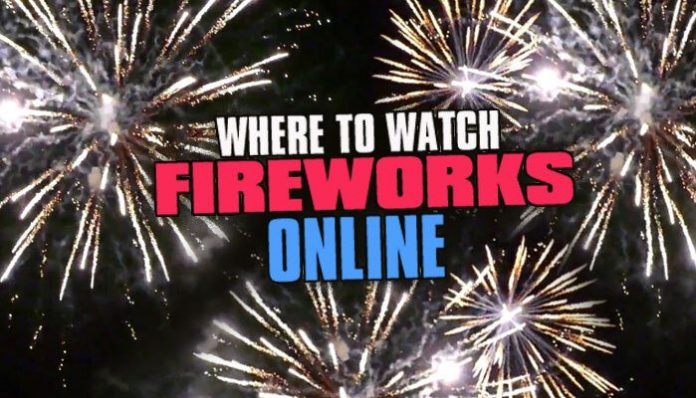 With the coronavirus pandemic wreaking havoc on the country, concerts have come to a halt, and unfortunately, we don’t know when they’ll be back. Due to social distancing restrictions and public safety, many other live events have been canceled, including Fourth of July festivities throughout the country. Luckily, several communities will accommodate their own celebrations safely through online streaming.

While some cities have canceled their fireworks shows or postponed them to a later date, others aren’t letting the pandemic get them down. Instead, they are hosting their own events and livestreams for viewers to enjoy at home. If you don’t want to risk spreading the coronavirus at a large event, here are 10 ways you can celebrate the Fourth of July online.

.@Macy's 4th of July tradition continues! On #July4, stream this dazzling display above One Times Square + displays across NYC at 8pm ET on @nbc Live and on a variety of other online platforms. Event & streaming info: https://t.co/Mcl3OHx8nO pic.twitter.com/5eZfpD8kMI

You’re probably aware of Macy’s annual Thanksgiving Day Parade, but they also create spectacular fireworks displays for the Fourth of July. Along with the show, John Legend, Black Eyed Peas and Tim McGraw will also be making appearances. NBC will be streaming the event  live from 8 p.m to 10 p.m ET on television, mobile app and website.

‘A Capitol Fourth’ a go with a 40th Anniversary Special Virtual Event Due To Coronavirus – Deadline https://t.co/ovKQlqWttu

PBS is celebrating the 40th anniversary of A Capitol Fourth. Along with fireworks, music will be presented through the night by the Temptations, Vanessa Williams, Brantley Gilbert and more. The show begins at 8 p.m. ET, and it will be available to stream on the PBS website, the channel’s Facebook and YouTube.

With your well-being in mind, we're taking the 2020 #NashvilleJuly4 event off the street & onto your screens with a fireworks show honoring healthcare heroes, first responders, & frontline workers on July 4, 2020. Watch it online & on @NC5 . Details: https://t.co/7j5txZVYeF

This year, Nashville is dedicating its July Fourth to health-care heroes, first responders and frontline workers with the Let Freedom Sing! event. Several local musicians will be performing, such as blues artist Keb’ Mo, rock’s John Hiatt, country singer Tenille Townes and more.  The display will be available to watch on the NewsChannel 5 website beginning at 9 p.m. CT.

Though usually celebrated in downtown L.A., Grand Park and The Music Center are reimagining this year’s Fourth of July Block Party so it can be viewed both online and on television. The stream will feature exclusive performances by D Smoke, amindi, San Cha, Ginger Root and a DJ set from 143 Worldwide with DJ Jadaboo. There will also be interviews with Danny Trejo, Shepard Fairey, the Chinese American Museum and more. You can watch the event from 7 p.m. to 8 p.m PT on ABC7 and from 8 p.m. to 10 p.m PT via Grand Park’s Instagram and YouTube.

Boston – A Boston Pops Salute To Our Heroes

Boston is moving its annual Boston Pops celebration online to accommodate social distancing and quarantine measures. The three-hour stream will include performances from past events such as Andy Grammer, Leslie Odom Jr., Rhiannon Giddens, Brian Stokes Mitchell, Arlo Guthrie and more. There will also be pre-recorded performances from the Boston Symphony and Boston Pops players, plus the Middlesex County Volunteers Fifes and Drums. The show begins at 8 p.m. ET and can be watched via 7News and Bloomberg’s website.

Read more: 15 Fourth Of July scene anthems to blast at your BBQ

We are so excited for this great lineup for @FreedomOverTX! Watch live with us from the comfort of your own home on #July4th. https://t.co/o8SlCh537x pic.twitter.com/4LdSosrqN4

Houston is also going virtual with its Fourth of July festivities with this year’s Shell Freedom Over Texas. Entertainment for the evening includes local rappers Bun B and Trae Tha Truth and country singer Hunter Hayes, among other artists. There will also be a patriotic tribute from the Houston Symphony. Coverage begins at 6:30 p.m. CT, with the concert beginning at 7 p.m. CT, and it will be streamed on ABC13.

Fourth of July is a week away! 🇺🇸 Celebrate by watching North Texas' largest fireworks show at 9:20 p.m. The show will be live-streamed on @FOX4 and @959theranch. @PantherIsland Pavilion will be closed but fireworks will be visible from afar.

Fort Worth is another Texas community streaming its fireworks show this year. While Fort Worth’s Fourth canceled the festival portion of the day, they’ll still be shooting the “largest fireworks show in North Texas.” The show is dedicated to the troops and everyone working on the frontline in the pandemic. The event begins at 9:20 p.m. CT and can be streamed here, with the accompanying music streaming on 95.9 The Ranch.

While major Minnesota cities have canceled their events, many smaller communities are still going ahead with fireworks displays. Locals are allowed to attend the event but are asked to maintain social distancing measures. The city of Bemidji will also be streaming the Red White and Boom event on its Facebook page for all to enjoy.

This 4th of July we want YOU to be a part of our virtual 94th AmericaFest! Submit a video thanking your hero during COVID-19 for a chance to appear during our LIVE event. So many people have stepped up during the pandemic and it's time we recognize them: https://t.co/8TRUdbr9fC pic.twitter.com/bK6Kkzex2h

While there won’t be any fireworks, Pasadena’s Rose Bowl Stadium will be hosting AmericaFest this year with a one-hour livestream. Andy Grammer and cellist Cecilia Tsan will perform during the event in honor of the United States’ fallen heroes, frontline workers and first responders and everything they’ve done in midst of the COVID-19 pandemic. The stream is free with tickets available here.

Posted by City of Maricopa, Arizona – Government on Thursday, July 2, 2020

The city of Maricopa, Arizona, is celebrating Independence Day with The Great American 4th Fireworks Extravaganza. Along with the show, people can participate by sharing their own photos, videos and join contests before and during the event. The city will be streaming the event live on its Facebook page.