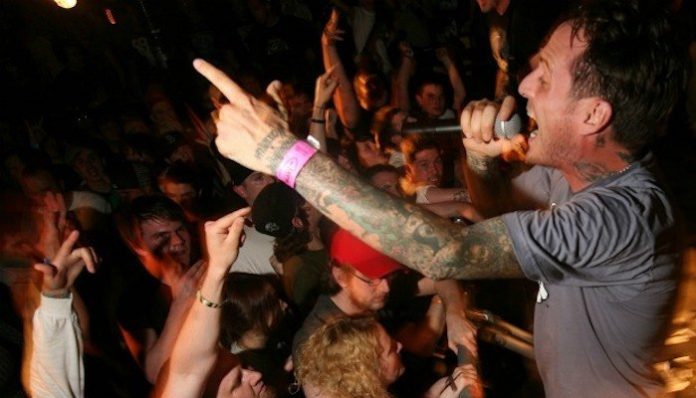 While hardcore is a genre that primarily focuses on negative feelings and the struggles associated with them, there are a ton of bands pushing for positivity. The so-called “posi-core” scene has plenty of fantastic bands to brighten your day and lift your mood when the world’s got you down and you need some words of encouragement.

Take a look below for 20 hardcore bands to uplift your spirits.

Read more: We Came As Romans reschedule ‘To Plant A Seed’ anniversary tour

’90s New York punk crew H2O bring a kicked-up energy while laying down lyrics about friends supporting each other, their local scene and unity above all. The band are a light for even the darkest of times to remember that people can have each other’s back.

Hardcore punk pioneers 7 Seconds had a massive influence in injecting some positivity into punk, particularly at a time when so much of the scene was focused on politics given the state of the U.S. in the ’80s. If you want positive lyricism layered on classic skate-punk sounds, these are the guys to check out.

With a penchant for pushing straight edge and vegetarianism, Youth Of Today bring uplifting vibes along with an agenda for furthering discussions that branch outside of music. The band were a driving force in combating negativity in the scene while keeping the music as aggressive as some of the hardest bands of the early ’80s.

Washington, D.C. hardcore crew Good Clean Fun owe a lot to Descendents (most of all their name), and the uplifting energy of the coffee-chugging pop-punk pioneers shines through in their music. Their sound may be a touch harder than their influences, but their promotion of feminism, straight-edge culture, veganism and optimistic attitudes is what fans took away above all.

Canadian melodic hardcore vets Comeback Kid have been a staple of the scene up north for years, and their message of overcoming adversity is exactly what people need in dark times. Their music is filled with catchy hooks and sing-along choruses built for crowds to band together for a unifying message of hopefulness.

Have Heart saw a colossal resurgence in popularity through their reunion shows last year, and there’s a good reason why. The straight-edge crew were a massive source of positivity and hope for so many people in their heyday and are often cited as one of the best positive hardcore bands of the 2000s.

Disbanded Toronto posi-core crew Uplift were only around for a short while, but their music still holds up good values worth revisiting in times of hardship. Their sound is heavy and captivating to boot, but their positive vibes shine above all in their music.

With Honor are homing in the posi-core scene’s energy that has been somewhat lost in the past decade or two through their old-school hardcore energy and powerful lyrics. Their sound is modern while rooted in their predecessors, bringing together multiple eras for a positive message.

Sharing members of Terror and Trapped Under Ice, Down To Nothing bring a hard-hitting sound, but their lyrics are a motivating force with a message to carry on in spite of adversity. The straight-edge band bring their morals out in their message while keeping a grounded level of addressing societal issues with a positive counterpoint.

Melodic hardcore act Stretch Arm Strong were champions of bringing positivity into the hardcore scene throughout the ’90s and early 2000s. Their lyrics deal with the lives and hardships rooted in the community while offering fun and lighthearted words of wisdom.

In a similar vein to bands such as Comeback Kid, Rise Against or Thrice, Final Fight draw out melodic hardcore punk with a hopeful vibe. Their punchy sounds are coupled with inspiring lyrics about persevering through darkness.

Hardcore punk vets Gorilla Biscuits have been a longstanding force of positivity in hardcore and are considered leaders of the posi-core movement. Looking back at any of the lyrics across their discography (particularly Start Today), the band are introspective about seeing problems in the world and offer a relatable message of pushing through no matter what.

Straight-edge crew Mindset give a ton of praise to Youth Of Today, and it’s evident in their push for taking hardcore fans’ anger and distilling it down to the collective mindset so many DIY bands have by working together. Their lyrics push for sticking tight with your crew and looking out for each other, which is something we all need sometimes.

While they were short lived, Set It Straight are a quintessential band to boost your mood when you’re looking for forward-thinking hardcore. Their melodically tinged instrumentals are brought together with lyrics that tear down all of the crappy things the working class faces on a daily basis.

In My Eyes were a part of the ’90s youth crew revival movement, with that scene primarily looking to the stick-tight moto promoted heavily by the previous decade’s group of acts focusing on banding together. Their straight-edge values and morals inform their messaging by setting an example of not giving into pressures and standing together through hardship.

Fastbreak started off when they were just teenagers, and that youthful sense of hope in the world is still a message worth revisiting. The band are cognizant of the world’s problems but look for hope in the future, and although the lyrics coming from today’s scene is a stark contrast, they’re able to dig into an emotional side while sparking hope.

Newcomers One Step Closer are a bright force with a hard-hitting yet melodic downbeat hardcore style, driving home that anger isn’t everything, and we can prevail through tough circumstances. Their sound reaches back to the mid-2000s melodic hardcore scene, with inspiration from bands such as Have Heart or Comeback Kid.

Chain Of Strength are one of the most prominent straight-edge bands from the early days of the scene, and their heavy-and-fast approach to songwriting is worth revisiting. The band pushed for an understanding that hardcore music is much more than music for many of the people involved, and it informs their daily interactions, values, morals and what gives them hope.

The members of Judge have been so deeply ingrained in the hardcore scene since the ’80s that it’d be surprising if you haven’t heard of them or at least one band they’re attached to. The New York act drew from metal as much as they did punk, giving them a heavier sound than many of their peers at the time while still driving home that personal perseverance is something to believe in.

Sharing several members of Gorilla Biscuits, Side By Side are an obvious choice for people looking for positive energy in hardcore music. With the band’s name promoting their message, they push for unity and working together for a better life in their lyrics while tossing out the notion that we’re alone in this world.