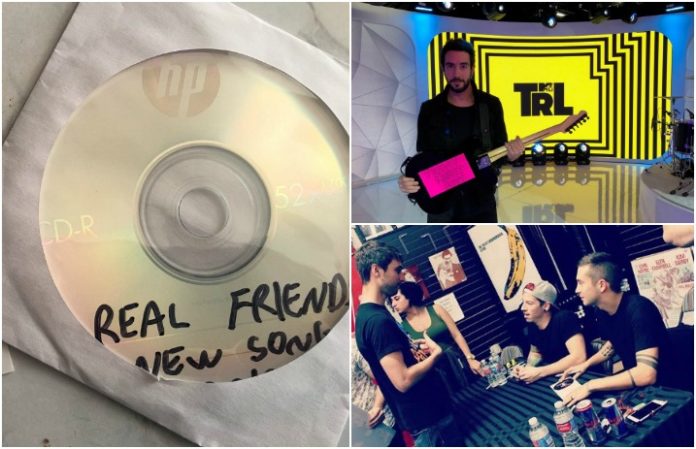 It’s been a very long, heartbreaking week for the music industry. Every day seemed to bring a new wave of bad news, making it hard to find the positives in a place we often find ourselves running to in order to escape the bad. We’ve complied a list of feel-good tweets that we all needed this week, to remind us that music can still be what we all need even in the darkest of times.

Below is our list of positive, feel-good tweets we hope will make your week a little bit brighter.

#FlashbackFriday to when I showed @tylerrjoseph and @joshuadun my band’s logo inspired by theirs.

A chance to tour with you would mean everything to me.

YALL LOOK WHAT I FOUND IN HOT TOPIC ON THE DOOR TO THE CHANGING ROOM IN EUGENE OREGON @SLPancakes pic.twitter.com/0diU30cO9h

Thanks @JackAllTimeLow for supporting my band that broke up 7 years ago today in @TRL pic.twitter.com/j7dh46Ub2f

You goddamn pop-punk kids didn’t listen to the banner and look what happened smdh #Warpedtour pic.twitter.com/uJOWfzn0lM

Typical ATL smh Alex why you treat your fans like this?

gonna be honest and say that it looks dangerous sitting on that ledge. if you really cared for your lady you’d keep her safe. this is reckless.

I hope all of you are having an amazing day! Just wanted to bless your timeline with some positivity & letchu know that I love you just the way you are, don’t ever change for nobody ��

I take comfort in knowing that today’s teenagers are the musicians & promoters of tomorrow.
In my experience of young music fans, this horrible scene will infinitely improve when they are the ones on the stages and at the helm. https://t.co/39ynDXpm06

the music scene has been absolutely insane this past week, beyond words.
the next gig you’re at, give the person next to you a smile or hug, make a couple of new friendships, sing your lungs out with your best mate.
but most importantly: love each other.

Today I helped an old man off of his roof.

Because he was stuck and couldn’t get down.

A wonderful couple got engaged during our set last night. My heart melted. Congratulations. ��: @ChrisBlockd pic.twitter.com/DWjDu8N3rB

There’s a browser extension that turns Trumps tweets into crayon

So, there’s a Chrome/Firefox extension called “Make Trump Tweets Eight Again” that converts Trump’s tweets into childlike crayon-writing. The power of font semiotics is such that my brain can only read these in a high-pitched Trump-aged-eight voice. https://t.co/OmGbztTN8W pic.twitter.com/EbAHuwRgqx

Set It Off, Nekokat and Rad Horror announced a Christmas show that may or may not include a Mariah Carey cover

Did we mention we’re playing a christmas song at this show? We don’t want to spoil the surprise or anything but we’ll give you a hint: it’s a song by Mariah Carey ��