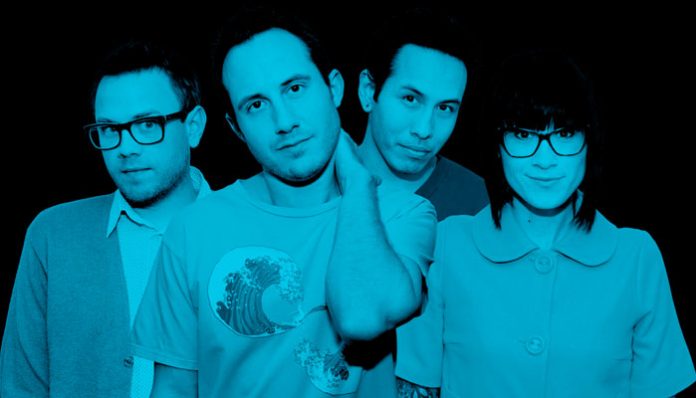 Some music fans actively prefer artists to parse out singles instead of an entire album at one sitting. Which is cool, but it can get frustrating when a band leave you hungry for more. Like in the case of Anakin, the ’90s-tinged alternative-rock outfit from San Diego. Today AltPress is premiering “Starshine,” the third installment of their singles series, @. This time out, the band are joined by Jolie Lindholm, known for her work in the Rocking Horse Winner, Dashboard Confessional and the Darling Fire.

“The song is about losing someone in your life that you will never get out of your mind,” founder/drummer Brad Chancellor says. “I really tried to paint a picture of those last few precious moments you have with your loved one before they die. I think the line, ‘In the end, I’ll be here by your side. Breathe you in this one last time’ is pretty self-explanatory. But if you’ve ever witnessed someone dying, it’s about that moment of being at someone’s side as they take their last breath. In a way, the song is also a promise to those you love, that you will be there for them until the very end.”

Lindholm had discovered Anakin in late 2018 via Facebook and messaged the band to show support. A friendship was struck and collaboration plans were hatched, resulting in “Starshine.” “I had a song I had written for my wife as her birthday gift,” Chancellor says. “It was never intended to be an Anakin song. Not only was it much more personal than most of what I write for Anakin, but to me, it just sounded too different. I asked Jolie to track vocals for it, and then I sent it to Jonathan [Wessel, vocalist/guitarist]. He was adamant that we release it as Anakin. Although I was hesitant, he convinced me.”

Chancellor talked with AltPress about his love of vocal melodies, ’90s alt rock and whether pandemic living will derail them from finishing the series.

With Anakin, there’s a great emphasis on vocal melodies, which gives you options. You can turn up the distortion pedals full tilt (such as on “Sun-Kissed”), or you can dial it back such as “Starshine.”

BRAD CHANCELLOR: I’m definitely a sucker for a catchy hook, and that’s almost always my main focus when writing a song. When I start the process, I’d say it’s almost 50/50 on whether I begin with a vocal melody or a guitar part, but either way, the vocal melody always ends up taking the front seat in terms of my focus. Lyrics come last, and it’s the hardest part for me. Because although I’m not one to care too much about lyrics in the music I listen to myself, I definitely want the lyrics for Anakin to resonate with listeners. It’s funny: I probably sing over half of the lyrics of bands I love wrong. But when it comes to Anakin, I have to make sure there’s something to them, even if it’s a little deeper to get to at times.

There’s an undeniable ’90s alt-nation vibe at play in your work. Are there lesser-known artists or non-musical influences that have shaped your songwriting? Is it an aesthetic consideration, or does that era hold another specific kind of resonance?

Oh, I’m totally a ’90s alternative kid. That whole era hit when I was just learning how to become a musician. Albums like Nirvana‘s Nevermind, HUM’s You’d Prefer An Astronaut, Weezer‘s Blue Album, Smashing Pumpkins‘ Siamese Dream and Fountains Of Wayne‘s self-titled debut are basically my holy grail. It’s that whole blown-out sound that gets me. But at the same time, all of those bands wrote extremely catchy hooks. There are definitely a few lesser-known artists that inspired that vibe for me. Gwen Mars’ Magnosheen and Dandelion’s Dyslexicon come to mind immediately. Matt Sharp’s project the Rentals were a huge influence on me as well. In n terms of combining male and female vocals along with layers and layers of synth melodies. That album alone is what sparked my obsession with synth leads really helping to shape a song.

What were Anakin’s plans prepandemic versus what is happening now? Will it slow down the rest of the EP series?

Well, pre-pandemic, we were really just focused on finishing up this @ release series. We have this one, which is @-3 and then still have @-4 and @-5 to do for this year.  Now it’s like, we get them done. We realize we’re not the only ones standing still right now. Really, the biggest thing it did was disrupt our studio time and tracking plans. I think we’ll still be able to release the rest of the series by the end of the year. Actually, I’m hopeful that we will have @-4 ready in late June.

Earlier this year, I was talking with Justin Pierre about possibly doing some tour dates together at some point. I have no idea if that will ever happen because there seems to be so much uncertainty these days. I was telling him my dream tour would be to go out with Motion City Soundtrack and the Rentals, [who are about to release a new album this year]. That would be rad, but honestly at this point, we’re just doing [everything] day by day with our focus on finishing up this EP series. We’ll see what happens after that, but I’m always down for whatever may come up.

Check out “Starshine” below, as well as their take on Weezer’s “Only In Dreams.” 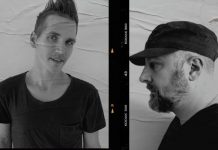 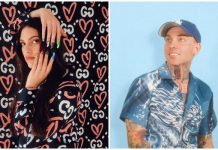