We’re honored to assist in the destruction of both your music-playing devices and hearing with this one. Hardcore outfits Integrity and Bleach Everything have teamed up to cover tracks from Two Seven Halves, the legendary 1992 double seven-inch set from hardcore fulcrum Septic Death (the band started by hardcore art-avatar Pushead) and garage-rock icons Rocket From The Crypt.

The track can be found on SDK x RFTCC (Septic Death Karaoke x Rocket From The Crypt Covers) a split album by both bands being midwifed into the world via the Dark Operative label this Halloween, Oct. 31. For their take on RFTC’s “On A Rope,” Bleach Everything are joined by Power Trip vocalist Riley Gale and Mike Kennerty of the All-American Rejects. It’s definitely a paint-peeler of the highest order, no doubt fueled by the shared enthusiasm the musicians have about the original recordings. Integrity revisit the Septic Death songs, while Bleach Everything and friends handle the RFTC songs.

“Dwid and I first got to know each other many moons ago over sharing stories about how Pushead was a huge early factor in getting exposed to Japanese hardcore and early non-Japanese hardcore bands inspired by that particular style,” Eyestone says. “Pushead’s band Septic Death is one that shaped both of us forever, and his old DIY record labels—Pusmort [and] Bacteria Sour—still provide sources of visual and aural inspiration to this day. Somehow in conversation one day, Dwid and I came up with the idea of doing a split LP where they played the Septic Death role and Bleach Everything would play the RFTC role, all under the mission of creating the most elaborate tribute to that [record] as possible.”

Read more: The All-American Rejects get rebellious with “Gen Why? (DGAF)” video

Eyestone reveals that Kennerty and Gale’s participation stemmed out of all three men being die-hard underground record collectors of the highest order.

“When the All-American Rejects were touring nonstop, our whole thing was for me to get to venues early, pick Mike up, go eat some Mexican food and then go record shopping,” Eyestone says. “So when I was arranging vocals on ‘On A Rope,’ he instantly came to mind as the perfect guy to start the backing chorus with. I’ve always loved his singing voice, and he truly understands the nerdiness behind the project.

Read more: K.Flay is over climate change inaction in “Not In California” video

“While putting down my main vocals for the song, I remembered Riley Gale and I having this awesome conversation a couple of years ago about how we personally used to listen to music before streaming was around and how we’d have specific songs on deck that would get the entire car full of our friends to sing along. The top song we both cited was ‘On A Rope’ since it’s so catchy and has parts everyone can sink their teeth into. I’d never been in a band that had a guest do a verse, and I’d never sung a duet prior, so this song felt like the perfect opportunity to change both of those things for good.”

You should be able to find some double-barreled salvation right here. Oh, and if you think you want an original copy of the highly coveted EP, well, here you go. But first, beat yourself up in the best way possible by turning this waaay up. 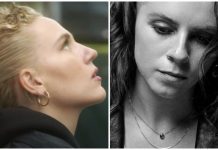 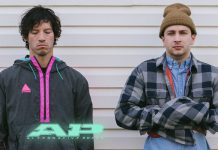