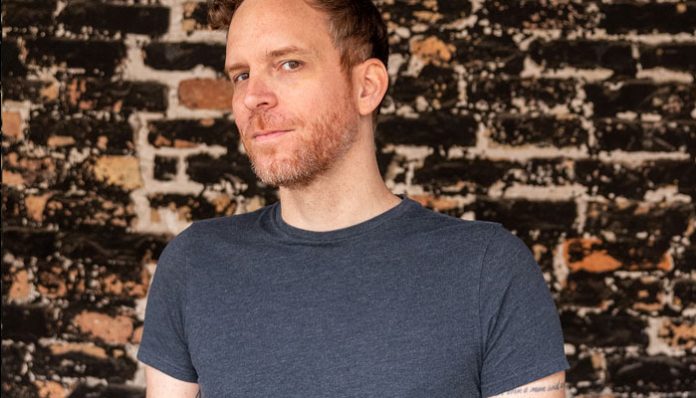 The 10-song acoustic album was recorded entirely in one day in early September. The day (Sept. 7, 2019) was of special resonance, marking what would’ve been his wedding anniversary. Celebration States is a low-volume autobiographical affair. Nanna’s vocal performance nails the emotional context of going through divorce and acknowledging the loss.

Nanna says “Mr. Albatross” “is the second song in the Celebration States arc and out of all of them perhaps exhibits the most ‘anger.’ For me, the album exists as the slow processing of grief, and so we are now in that stage—after the “denial” track, ‘Do You Want To Buy A Guitar?’

“The good news is the album ends with acceptance and then ultimately, happiness again. I never anticipated that most of the world would be dealing with similar issues of grief, isolation, anger even. But here we are. I purposely awaited a positive resolution before I decided to complete the project. Let’s all look forward to acceptance and future happiness, OK?”

Celebration States is truly another high point for the man who built his reputation on the power of Braid and the pop of Hey Mercedes. The record will be available via streaming and vinyl in mid-June. For more information, visit the New Granada site. We heard a rumor Nanna might do a live show from his apartment the day of release. Whether you’re streaming or spinning vinyl, Bob Nanna‘s clever wordplay and singing prowess will take you on an emotional journey.