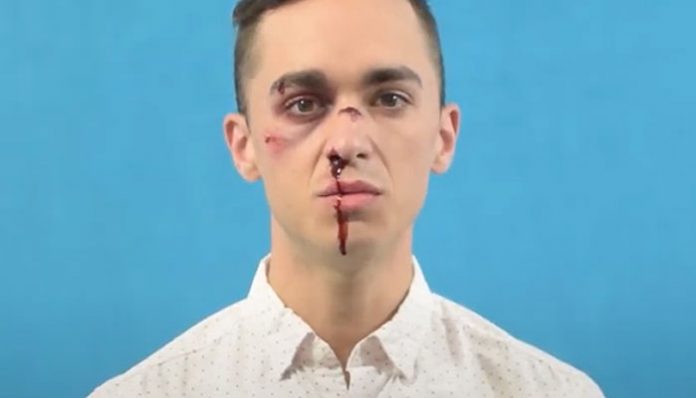 The coronavirus pandemic has crushed live shows, movie viewings and theater performances. But Fat Mike is persevering. The NOFX/Fat Wreck Chords co-founder was planning to have his first musical, Home Street Home, produced in Los Angeles this year. But he’s navigating the situation as best he can. Today Alternative Press is premiering a video from the musical, “Three Against Me,” sung by Ty Deran, who plays the character PD.

“Me and [director] Chris Graue made this video six months ago,” Fat Mike explains. “It was going to be released when Home Street Home opened in Los Angeles. Then COVID-19 hit, and there’s no longer a live musical. I really want this video to be seen, though, especially with the current climate of hate in this country. I hope this song helps diffuse a little bit of it.”

Read more: Fat Mike reveals the album that should have been on Fat Wreck Chords

Fat Mike discussed the song and how the musical changed from its original 2015 release. He also reveals how punk rock gave him a great sense of empathy.

What is the plot-point context for “Three Against Me” in the musical?

The main character, PD, is a 17-year-old street hustler. One day, his regular client Big John pays him to tell him about his life instead of a sexual act. He then sings this song to him, which brings them closer eventually.

How much did Home Street Home change from the original 2015 release to what was going to be in this live musical iteration?

In typical Fat Mike style, there’s a sweet melody with depressing lyrics. What experiences did you draw from or empathize with to write “Three Against Me”?

I grew up with no siblings, and I’m not gay, so I had to just try and put myself in character when I wrote this almost 13 years ago. This was the song that I gave to Jeff Marx from Avenue Q. He heard it and immediately wrote me and said he would love to produce HSH. He was quite surprised I wasn’t gay. So I guess I just pulled experience from growing up punk and being hated by many for no reason. Getting picked on by jocks was a daily ritual.

Check out “Three Against Me” from Home Street Home below.