Hip-hop, emo and even metal are all elements incorporated into Lil Xtra’s songs. Hailing from the great city of Atlanta, the Southern-rock rapper recently signed with Hopeless Records after self-releasing many successful songs, including his 2018 R&B-infused track “i hope you know i mean it.”

With the label, he recently shared his heavy-hitting single “Under The Weather,” which will appear on his third full-length. Lil Xtra is exclusively premiering his latest musical venture “Hive” with AltPress.

Having just come off a successful tour with dying in designer, the two collaborated for a song named after My Chemical Romance’s frontman, “Gerard Way.”

The rapper revealed the story behind the song and his inspirations for genre-blending, which you can check out below along with his new music video.

“Hive” blends a folk-pop essence with trap beats, R&B and metal. What encouraged you to step out of the box and experiment with your sound and musical approach?

I started experimenting with crazier sounds for “Hive” because I’ve been doing this long enough. I felt like I needed to push my own boundaries.

Tell us the story behind “Hive.” What was the influence behind the track?

I got picked on a lot growing up. I had a lot of problems expressing myself and finding a way to channel all the negative energy I stored up because of it. This was my way of at least letting other kids [know] they’re not alone.

What was the hardest part of writing and recording?

The hardest part for me is always the mixing stage. I do all my mixing myself. I make a lot of creative decisions at that point, and it’s always hard to get everything just right.

What are your plans for the remainder of 2020? What’s something you hope to accomplish this year?

I just finished work on my next album, so my plans involve releasing that sometime later this year, and we’ll see where it goes from there! 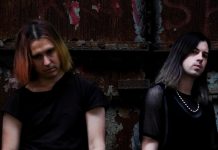 Heavy Halo premiere “Control You” ahead of self-titled record—watch 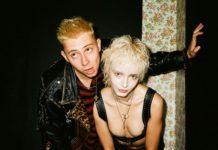