With an entertaining music video to match, “Let’s Ride” takes the listener on a journey through life’s essential stages. Exploring themes the band felt from various times in their lives, the song begins at childhood and progresses all the way through adulthood. You can watch the music video below.

“It’s only the beginning of the story of what we went through to make this record,” frontman Mike Herrera says of the track. “And if this was the last one I ever made, I feel good about it being the one to remember us by.”

Fed up with corrupt labels and lack of personal direction, MxPx decided to take matters into their own hands on their upcoming album.

“Ultimately, we can control what it is and leave it in its purest form without someone telling us we have to do this photo shoot, this commercial or this tour to sell it,” Herrera says. “We’re done with those days. We wrote a record that caught the spirit of who we are. That didn’t come easy, and our fans helped us fund it and made my words actually come true.”

Check out the never-before-seen album artwork:

MxPx’s latest will be available in July. You can preorder the album here.

Don’t forget to catch MxPx on tour! The dates are listed below, and you can get your tickets here.

MxPx plan to announce worldwide tour dates throughout the next year. 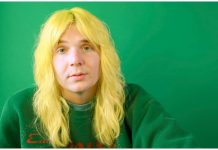 JAWNY takes viewers on a whirlwind trip in “Tombstone Grey”–watch 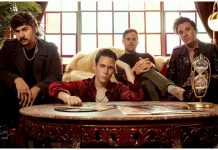