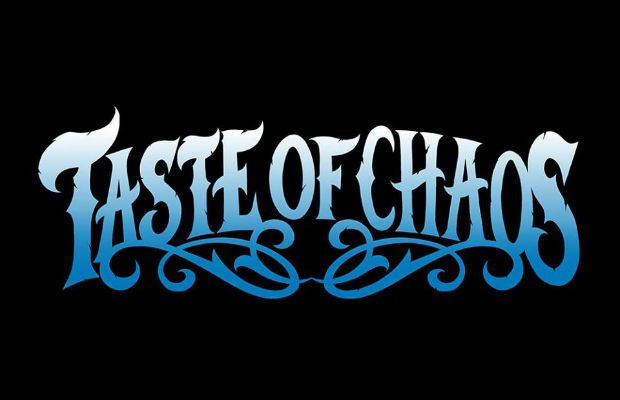 After a successful run serving as the “winter Warped Tour,” Taste Of Chaos has returned from its five-year hiatus as a weekend festival in California. Take a look back at previous Taste Of Chaos specials in AP  (212, 224, 236 and 248), images from past tours and find out what the artists really thought Chaos tastes like. Co-founder Kevin Lyman thinks chaos tastes like “fresh mango sorbert. It tastes like something fresh.”

Get your tickets here!

“[Chaos is] like bananas dipped in battery acid. It numbs your throat, too.” – Bert McCracken

“”We were still a young band at that time, the same with the Used. It was crazy to think the venues we were playing, and how many kids were coming out to see the show. None of it made any sense, really.” – Ray Toro

“I would assume [chaos would] taste like something purchased from [Seattle-based seafood vendor] Pike Place Market on a hot summer afternoon. Or maybe an un-maintained coo-coo after Jazzercise class.” – Chino Moreno

“Chaos tastes like the smell of a revolution.” – Jared Leto

Bullet For My Valentine

“Taste Of Chaos ’08 was an amazing time in our career. We’d just scored a Top 5 record in the US with Scream, Aim, Fire and it was really exciting time for metal, with both Avenged Sevenfold and Atreyu on fire at the time too.” – Matt Tuck

“[Chaos taste like] corn and applesauce with a little bit of chocolate on top. I’d like to taste that.” — Matt Traynor

“This is the most stoked we’ve ever been for any tour we’ve ever gotten.” – Vic Fuentes

“Being on tour makes us feel alive” – Oli Sykes