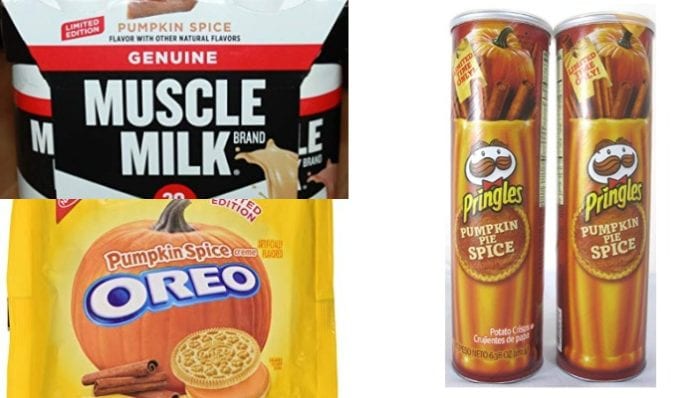 It’s that time of year again when the leaves slowly begin to change, the weather gets a little cooler, sweaters come out of storage and, for some reason, everything suddenly tastes and smells like pumpkin. Whether you love it or hate it, pumpkin spice latte season has officially started, so here’s a list of some of the strangest pumpkin spice-flavored things around.

Urban Accents’ savory chili starter may sound a little strange, but pumpkin, after all, is a common cooking ingredient, so there’s a chance this chili is delicious.

Creative Snacks Co. seasonally releases these sweet but salty yogurt pretzels. They also have apple cider yogurt pretzels and pumpkin pecan granola if you really want to amp up your pantry this fall.

Mrs. Meyer’s is a well-known soap brand that typically makes more traditional scents such as lavender and rosemary, but you may stumble upon their pumpkin and even apple cider hand soap next time you go shopping.

Believe it or not, these Cheerios sold off the shelves pretty quickly last fall, so hopefully anyone interested will be able to get their hands on them if they make a return this year.

Yes, even the cosmetic industry is filled with pumpkin-y goodness. Indie brand Apocalyptic Beauty Cosmetics releases their Pumpkin Spice Badass Setting Spray as part of their Halloween collection each year.

Pumpkin cream cheese on an everything bagel is unexpectedly tasty and many gourmet bagel shops such as NYC’s famous Tompkins Square Bagels will have the flavor in autumn. You can also pick some up from Einstein Bros. to try alongside their pumpkin bagel.

Hood is a dairy company that annually rolls out cartoned eggnog and feature their extra-creamy eggnog for those looking to add a boost of fall to their holiday drinks.