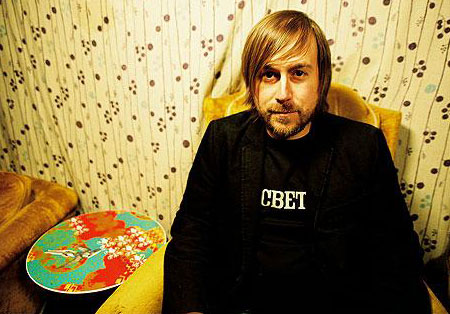 It’s difficult to believe that it’s been almost two years since FRED MASCHERINO revealed that he would no longer play guitar or lend vocals to Taking Back Sunday-the band he played a large role in since 2003. Only a few weeks after the announcement, Mascherino’s solo project, THE COLOR FRED, unveiled Bend To Break, an album that was wholly and unabashedly in the musical direction that the former Breaking Pangaea frontman wanted to go. This past April, the Color Fred released the acoustic EP, The Intervention, and there must be something about the intimacy of playing acoustic that appeals to Mascherino-he’s embarking on a tour that is strictly acoustic. COURTNEY FOREMAN caught up with Mascherino to find out how the past couple of years have been treating him, and what exactly we can expect from the band’s upcoming sophomore full-length.

When did you decide to really explore going on your own with the Color Fred?
There were a lot of things about [Taking Back Sunday] that I felt I wasn’t happy with. I felt that some things were going to have to change in order for the band to continue to be as good as it was. If you listen to [New Again], it seems to sound a lot different [from their previous albums]. It kind of tells you they were sort of heading in a different way than I was. To me, music like [the Color Fred’s solo debut] Bend To Break and music I’ve played since then has had a lot in common with the first couple of TBS records, and I wanted to keep heading in that slightly poppy and hardcore direction, and [TBS] weren’t really going that way.

Were you scared of taking that risk?
I wasn’t really scared. Now, looking back, I’m like, “Why wasn’t I scared?” [Laughs.] But I was really, extremely unhappy and I just didn’t care about anything else other than getting away from it. Let’s put it this way: At this moment I don’t feel like I’m missing out on anything.

How has it been finally being able to pursue it full-time?
It was always my side project, my alter ego. I left TBS and it sort of became a full-time thing overnight. I wasn’t ready to go full-time and I’ve been catching up, but I’ve finally started to feel real comfortable in the past few months, and I feel now this is heading in a good direction. It wasn’t even structured to be a full-time project.

Was it difficult to take the spotlight and reveal yourself so openly with this project?
Lyrically, there were a lot of things that were hard to talk about at the time because they had to do with these different things that stressed me out about the band I was in. I was really pushing it by putting those lyrics in there while I was still in [TBS]. It was kind of like an escape for me, and the lyrics needed to go there in order to be what I wanted it to be. There were definitely times when the rest of the band would be like, “Shouldn’t we change the lyrics here?,” and I was like, “No, we’re not going to water this down. I’m in a bad spot right now, and I need to express that.”

Do you think the Color Fred appeal to a specific segment of fans?
I think we have the fans who aren’t talking about some gimmick that we have, or the clothes we wear or some ridiculous subject that I’m singing about. It’s really all about the music and the songs. I just feel like it targets the people who are mostly interested in the music and not everything else.

Are you excited about your acoustic tour?
Yeah, I think it’s going to be awesome. I love touring acoustic. I get the crowd involved and I take requests. It’s a lot more fun because you can be a lot more versatile when it’s just you up there.

What is the next album going to sound like?
The upcoming album is the first time I’ve ever tried to write with a concept in mind, so it’s a lot more focused. It’s basically a story about this couple going through something terrible. It was partially inspired by my hometown of Coatesville, Pennsylvania, which was taken over by fires earlier this year. There were all these arson attacks. During the month of January alone, there were 17 fires. It was kind of stressing me out, so I started to write a couple songs about it. From there, I thought, “Well, I’m going to make this into more of a fictional story, but the backdrop of it is going to be this town that was almost under siege for a few months. It’s somewhat loose. I’m not getting super-detailed with the characters. It’s been really exciting for me, and it’s also like a mammoth undertaking writing-wise. You’ll be hearing the new record this winter, for sure. alt