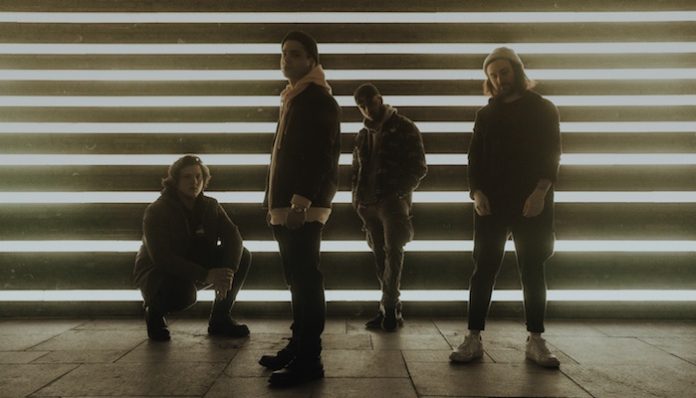 Radiate aren’t breaking their vow of intense technicality and unmatched energy with their new song, “I Promise This.” The band are joining forces with AP to premiere their new track and corresponding video.

Deceiving their heartfelt words and upbeat tempo, the band tell a story with a sinister twist in their new visuals.

Rocking outside the entrance to the picturesque Manhattan Bridge, the video bounces between an energetic outdoor performance and a seemingly innocent first date.

Despite the video’s dark ending, which we won’t spoil, Radiate make a strong statement on trust and interpersonal exchanges.

“‘I Promise This’ is about two people, in any type of relationship, intimate or friends, making a promise about the trust and loyalty to one another,” the band explain.

Through their intense demeanor, the band dissect the inner workings of human relations through a dramatic story. For them, it’s a topic that’s always on the front of their minds.

“The song and video will give the listener insight on the ups and downs of this relationship,” they say. “We have a large range of topics, but during the recording of our EP, writing about human interaction was one thing we wanted to shed light on.”

Radiate are reminding listeners of the give and take necessary in any relationship. All the while, they point out that maturity goes a long way.

“Ultimately, the main point of the song is to show the resilience some of us have in relationships that aren’t always fair,” they say. “But you can always prevail by not harping on the little things and being the bigger person.”

You can check for updates on Radiate here. The band wrap up their August tour in Brooklyn, New York, tonight with details available here.

Check out the video for “I Promise This” below.