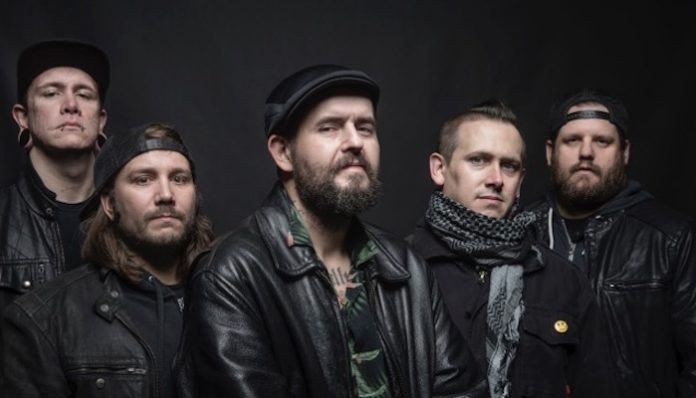 Boston street-punk assault team Ramallah are putting the boot in on their new album, The Last Gasp Of Street Rock N’ Roll. AP is premiering the record today before its release on Sailor’s Grave this Friday, Oct. 4. It’s the long-overdue follow-up to 2005’s gloriously unforgiving Kill A Celebrity. Get your boots and battle jackets on. We’ll be right here.

With eight songs and no fucking around, Ramallah are making up for that long spate of time where they were missing in action. Frontman “White Trash Rob” Lind (Blood For Blood, Sinners And Saints) is in top form whether he’s reclaiming his turf (the title track), reevaluating past relationships with brutal alacrity (“Dead Girls And Dead Boys Anthem”) or considering a better life beyond playing the cards he was dealt (“City Boy”).

Read more: 8 punk rock heroes who shaped the genre before most of us were born

“We live in terrible times,” Lind says brusquely. “People should be terrified and horrified and disgusted at what’s going on in this world and in their name every single day. Ramallah are here to shove it all right down their throats.

“It is a sick world that we live in,” he continues. “Not just my world, but the whole world. And I intend to shove it [in] as many people’s faces as I can. So I’m holding back on the personal memoirs and anecdotes that I’ve often indulged in the past. The whole world is burning as we speak. Right now, the only crime is silence.”

He’s not joking. When Lind exhorts pointedly “Do you believe in forever? I don’t even believe in tomorrow” (from “I Don’t Believe”), he’s practically taking his own alternative census report of the country.

The Last Gasp Of Street Rock N’ Roll is a collection of street-punk anthems for a world that doesn’t fully grasp how much they need them. With a world teeming with environmental destruction, astronomical levels of greed (political, corporate) and a populace strung out on social media and/or pharmaceuticals, Ramallah seem to make more sense than whatever laptop jockey you’ve got on your device.

We’ve got some gloves-off/knives-out punk for you right here. Check out The Last Gasp Of Street Rock N’ Roll below and keep up with Ramallah here.