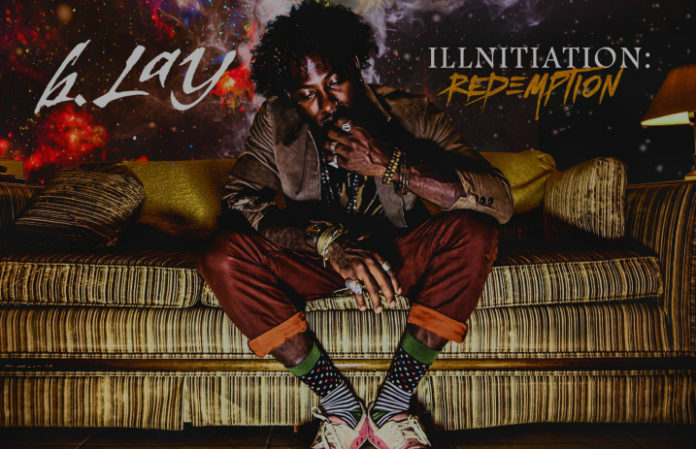 Rapper B.LaY is no stranger to the scene.

You already know from his time on 2016’s Warped Tour and his sick collaborations with Falling In Reverse’s Ronnie Radke and Metro Station’s Mason Musso.

His newest track, however, shows off a new side of the Los Angeles rapper. After spending some time living in Florida, B.LaY recently returned home to LA with a new outlook, and his latest single “Hiippii Boii” touches on his transformation.

“Flori-dazed last Saturday, I was sitting at the airport in Orlando, and I decided to jump and go back to Los Angeles,” he shares. “After landing at LAX, I did the only thing I know, headed straight to the studio. I called up Charles Massabo and headed to the valley. Three days later, after getting adjusted, ‘Hiippii Boii’ emerged.”

“I dropped ‘Just Getting Started’ on January 1. Due to current events, I decided it's time to leave my past behind and really focus on myself,” he says. “Sometimes you have to jump, take the reigns of your life and ride the wave.”

“Hiippii Boii” is about B.Lay embracing this concept of fully loving yourself and others.

“Whatever is in the darkness will be persistent,” he says. “Once you shine light and bring it forth, the issues won't exist anymore. I have lived by this truth for awhile. Being an artist: I'm weird. I accept it and accept me and all of my creative ideas.”

The last installment of his Initiation trilogy, IIInitiation:REDEMPTION, is set to be released summer 2017.

B.LaY was recently main support for Bone Thugs And Harmony as well as Ashanti at the Portage Theater in Chicago. Follow him to stay up to date on all of his shows. Check out his new song below, and be sure to let us know what you think in the comments!