The second Record Store Day event of the year, Black Vinyl Friday 2019, comes upon us in one week. Trust us: It’s more fun to wait in line to score some sweet vinyl releases than it is to get caught in a stampede for a dodgy flatscreen at a soulless big-box store.

Our resident record hoarder perused the list of available things this year and made his suggestions accordingly. Check here for a complete list of releases that should help you beat the post-Thanksgiving dinner L-tryptophan crash and wake up early to get in line. And it goes without saying, but it never stops us from doing it anyway: Every day is record store day.

1. Cheap Trick – “Gimme Some Truth”/“I Wish It Could Be Christmas Everyday”

Here’s a fine one to lead off our Black Vinyl Record Store Day shopping list. An American rock institution, Cheap Trick have their cover of the late John Lennon’s proto-punk anthem pressed on a red vinyl seven-inch. The B-side is a classic ’70s glam Christmas song by Roy Wood and Wizzard. We bet gas money Dallon Weekes has heard of it. 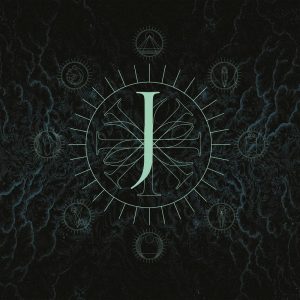 The acclaimed metal outfit from the Ukraine (fronted by dynamic vocalist Tatiana Shmailyuk) have their latest album reissued on marbled vinyl for Black Vinyl Friday. The pressing run is 750 copies and when you consider how their army of fans is growing, this might be a hard one to acquire. Knock down people in line if you have to.

3. Life Of Agony – The Sound Of Scars 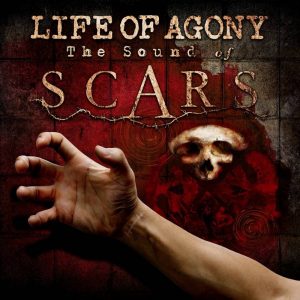 A black-and-red splattered vinyl pressing of the latest album from Mina Caputo’s hardcore crew. There’s only 450 of these going out into the planet. Don’t pay eBay flipper prices.

Read more: We The Kings get nostalgic as 2007 debut gets vinyl reissue. 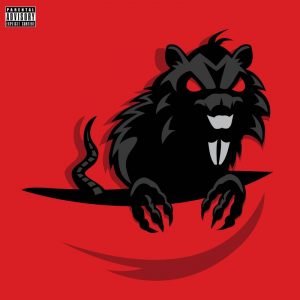 If you’re a Juggalo4LYFE, you know that this 12-track recording was originally a ride-along release in this year’s Fearless Fred Fury. This is the first time it’s available on wax, and it’s got some bomb-ass artwork, as well. And you’ll have to beat up 1,999 Clown stans to get one. 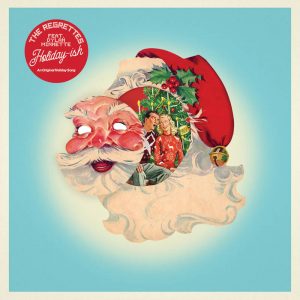 The kickass tough-grrrl quartet from Los Angeles enlisted Wallows frontman Dylan Minnette to join frontwoman Lydia Night for a necessary addition to your holiday mixtapes. While the flip side is a demo version of the song, who thinks it would’ve been cooler if they did a split with Gerard Way’s “Dasher” on the flip? (Night contributes vocals to G’s 2018 Christmas track.) Hey Warners, we’ll buy the same record twice, swear…

In true ’knot fashion, here’s a menacing-as-hell seven-inch picture disc of a song that didn’t make it on to We Are Not Your Kind. Yet, the lyrics to “All Out Life” inspired the album title. Look dude, don’t ask questions: Just slap this evil bastard on your turntable and trash the room already. 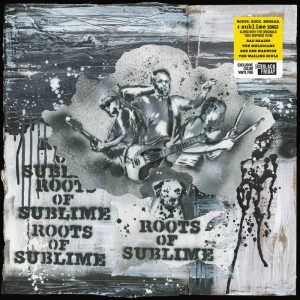 The adored Long Beach, California, punk/ska/reggae crew took their cues from all kinds of genres. The compilers of Roots Of Sublime paired the band’s works alongside original recordings of the acts who inspired them. 3,000 stans will get the spoils. 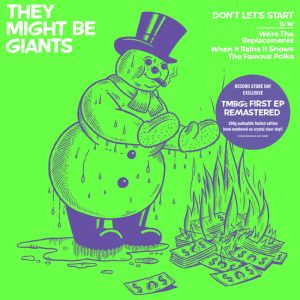 You’d be surprised how many punk-rockin’ lasses and lads love the quirky, whimsical and sometimes uproarious duo of John Linnell and John Flansburgh. This is a reissue of the EP featuring the song that put them on the radar of Alternative Nation more than 30 years ago. Then Flood came out, and they became legends.

The rock-rap horrorshow deliver a wonderful Christmas tale augmented with more than a splash of blood. The flipside is a remix of their free Christmas single from 2015 by Colorado rapper/producer Young Wicked of Axe Murder Boyz. In addition to a download code, 160 random copies will come with a signed Christmas card from Twiztid’s Madrox and Monoxide. 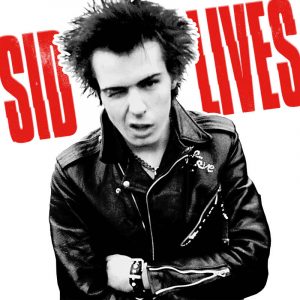 Maybe you’re a punk historian. Could be that you’re the kind of person who seeks out people who are best described as “train wrecks.” Maybe you’re both. If so, this collection of the notorious Sex Pistols bassist’s last shows before his fatal overdose will sate those needs. You get four shows (two sets nightly) from late September 1978, with Vicious being backed by Arthur Kane, Jerry Nolan (the late rhythm section of NYC punk legends the New York Dolls) and guitarist Steve Dior, known collectively back then as the Idols. Packed with extensive liner notes (with input from Dior, the father of artist Jez Dior) and pressed on red, white and blue vinyl, Sid Lives! is a curious collection centered around a fascinating (and troubled) soul.