An oddity in the creative world, Reese LAFLARE is an artist with a list of talents and aspirations that are not only impressively broad but also notably grounded in reality. An accomplished rapper with an ever-expanding fanbase, a skater with enviable sponsors and a designer about to celebrate the anniversary of his own clothing line, LAFLARE is doing the most. More importantly, he’s doing it with purpose—and he’s doing it well.

Usually, when someone is described—or, even more often, is caught red-handed in the act of self-describing—as a “multi-hyphenate” or “polymath,” you can pretty much guarantee that neither their time nor their talent is spread equally. Rather, more often than not, what you’re looking at is someone with a side hustle; someone who’s good enough at what they do but, for either financial or egotistical reasons, can’t get by with just one thing to their name. Of course, this isn’t always the case. There are always exceptions.

Reese LAFLARE is one of those exceptions.

Born in Alabama and based in Atlanta, Georgia, LAFLARE is multidimensional at heart; he’s a rapper, a skater and a clothing designer—rather than a rapper who skates and makes his own clothes, or a skater who raps on the side, or a designer who occasionally picks up a deck—makes perfect sense.

The idea of being only one thing simply isn’t part of LAFLARE’s makeup. It’s not in his genes to settle for less than what he feels capable of. That would be something akin to creative betrayal.

LAFLARE is a living collage—made up of influences which, alone, don’t necessarily seem like they fit together but, when assembled just right, come together in one coherent vision. His 2019 album, Final Fantasy, collected elements of pop culture from his childhood up to the present day, dipping in and out but always managing to keep a coherent narrative form. Everything held together by the fact that he just really fucking cares.

It’s this same process, a passion-first approach, which also drives Diva, LAFLARE’s clothing brand, fully hitting its stride and about to celebrate a first full year of life, already worn by the likes of fashion-forward artists such as Young Thug and certified style arbiters such as Luka Sabbat.

As a label, Diva has been building momentum in the same way that LAFLARE has been snowballing clout and attention for most of his life—organically, through personal connections and shared endeavors.

As a skater in Atlanta, he found himself moving in circles that other artists, even major-label artists, could scarcely dare hope for; his style and his sense of purpose drew names such as Pusha T, Smokepurpp, Gunna and Ty Dolla $ign into his orbit. Not with the weight of a major label but with his own sense of gravity. Co-signs earned, not assigned.

Building this brand is, in many ways, the culmination of a lifetime ambition for LAFLARE. Diva, he has always been clear, isn’t some fly-by-night attempt to get a piece of the action, which has been so good to so many others (and so fickle to so many more); it isn’t, he has been at pains to hammer home, “merch.”

“The distinction,” LAFLARE explains, “is the clear line of just merch is for the band.” While Diva, on the other hand, is an entire lifestyle brand.

“It’s bigger than Reese LAFLARE. But there could be no Diva without Reese. It’s like how Savage x Fenty is bigger than just Rihanna, but we all know it’s her.” 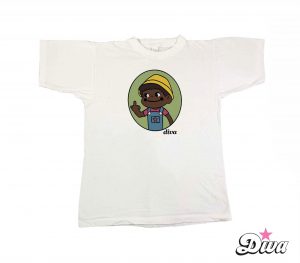 It’s an interesting approach, both humble and self-assured, and one that’s emblematic of LAFLARE’s attitude to every facet of his work: a sense of conviction that his vision and his talent are the driving force behind this project, as with all of his others, and not his ego.

For LAFLARE, that’s always been the only way he knows.

“The whole idea of Diva came to me in the beginning of fall 2019,” he begins. “I grew up skateboarding and was always into fashion and all that shit.” And, while most would leave it there—another unrealized dream to throw on the pile, gathering dust—LAFLARE followed through, taking those passions, mixing them with others, beginning to mold something he could recognize as his own. “I wanted to make a company with a name that just stood out,” he explains. “Girl skateboarders and my mom inspired me to call the brand Diva.” 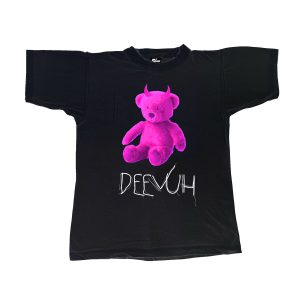 This whirling maelstrom of preoccupations might leave less confident or less driven artists with their output diluted, but LAFLARE is casual about the idea of spreading himself too thin. What you see is exactly what you get. “I pretty much put it all out there, honestly,” he says when asked about any other extracurricular pursuits he might be hiding. “There are other things I’m into, but I think my talents stand out.

“Maybe I could direct films or something,” he adds after a moment’s thought and an off-hand display of the kind of self-belief that has helped carry him and the Diva brand this far. “I got the vision.”

The brand, which sits neatly at the intersection of capital-F Fashion, high-end streetwear and authentic, grassroots skate apparel—with luxury varsity jackets positioned next to T-shirts and beanies at Diva’s online storefront—isn’t divorced from LAFLARE’s music, though. His musical influences, as diverse as his own talents, wind between Korn, Limp Bizkit, the whole Atlanta scene and stalwart names of grunge’s imperial phase. (Interestingly, though LAFLARE cites Nirvana by name, it’s actually Hole that manifest most clearly, his logo cribbing from the typography on Live Through This.) 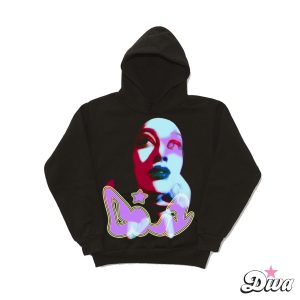 He also lists his own music as inspiration—which is neither as surprising nor as self-absorbed as it sounds; Diva was never meant to be homage or nostalgia—neither a tribute to his heroes from the past nor a nod to his peers. It’s a brand that LAFLARE has worked to grow from the ground up, on his own creative steam. That he should take some of that energy from other outlets makes perfect sense. Especially when there’s so much to go around.

It’s no surprise then that LAFLARE still has ambition.

In terms of Diva’s future, it’s just the modest goal of “making the brand a household name,” which is taking up the bulk of his time and focus. Characteristically, too, LAFLARE—who’s more of a laser-focused beam, shooting off in all directions, than a blunderbuss just hoping to get lucky—has a plan for this: “I got some collabs in the works that are dropping this year. Y’all are gonna be like, ‘Fucckkkkkkk!’”

When pressed on what those might be, LAFLARE is unusually coy but happy to offer his vision board of esoteric brand collaborations: “I want to do some stuff with Hysteric Glamour, X-girl, Hasbro—Transformers specifically. Tech Deck.” More importantly, though, he says, “I just wanna make cool shit.” 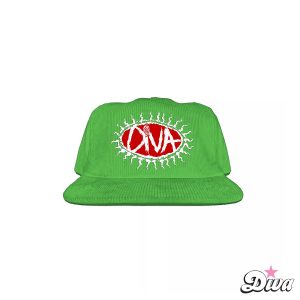 As for who he’d like to see wearing Diva in the not-too-distant future, his answers are typically eclectic and self-assured reflections of his own broad church of influences: “Madonna, maybe. Gwen Stefani would be sick. blink-182. Adele would be fire.”

And, honestly, why not? Those names are just as likely to see in LAFLARE, and in Diva, what so many others have. An authenticity, an energy and a genuine love for artistic creativity in every avenue. That’s a rare combination. One that people are always happy to get in on.

But, still, LAFLARE—ever magnanimous in his ambitions—has no interest in limiting himself or the people who might soon be wearing his clothes. Diva, he says, is for “stylish people” of all kinds: “Skaters, artists, entertainers. I mean, everybody is a Diva in their own right.

“Diva,” he offers as a final thought, “is for the people.”