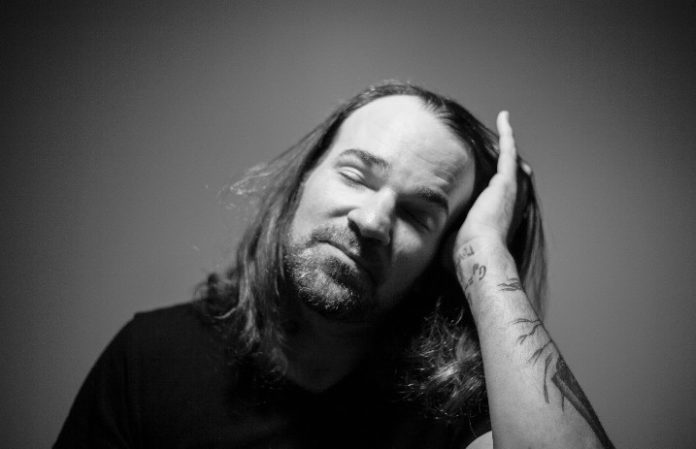 Reggie And The Full Effect—the alter ego of Get Up Kids/Death Spells keyboardist James Dewees—will have his new album, 41, issued by Pure Noise Records on Feb. 23. Today, AP is premiering the second track from 41, “Karate School,” which Dewees says is “about a young boy in rural England whose parents were killed in an accident where they were playing around with dark magic. The boy is forced to live with his relatives and then he gets an invitation to dark magic school. He irresponsibly decides to go to dark magic school. Where he meets some other unfortunate kids. And they all take karate.  And some ducks show up.”

On 41, Dewees is playing keyboards and some guitars, and is joined by “a small group of people who can get a lot done,” which includes former My Chemical Romance guitarist Ray Toro, Dewees’ bandmate in Gerard Way’s band, drummer Jarrod Alexander (although Dewees mans the kit on “Karate School”) and Jerry Pauly from Pentimento on some vocals. “A lot of the recording was just Ray and I in his guest house at 1:30 in the morning. We did the vocal EQing and vocals for ‘Karate School’ at Gerard [Way’s] house. Ray has another baby now, and there were times where we couldn’t make noise, so Gerard said, “Come over here and do it!” He’d be working on comic book stuff, and I’d be in his studio singing about karate school, and he’d pop his head around the corner and ask, ‘What are you singing about? What’s it called?’ I’d tell him ‘Karate School,’ and he’d say, ‘I could’ve guessed that, dude.’” When asked if he’ll be going over there to help Way create the follow-up to 2014’s Hesitant Alien, Dewees is a little cagey. “We’ve talked about it. It’s like when your friend calls and says, ‘Hey, you want to come over tonight and watch Nightmare On Elm Street?’ It’s the same philosophy of him calling and asking if I want to come over and write music with him.”

Check out the new track below, and if you like what you hear you can preorder 41 here.

You can also check out the band on tour with Senses Fail, Have Mercy and Household. See a full list of dates below.