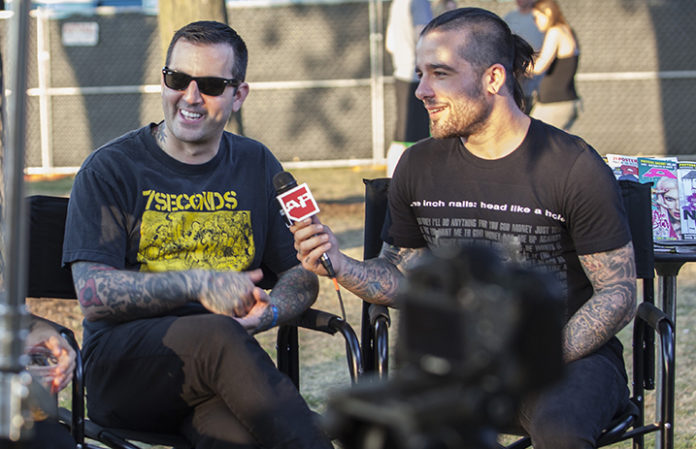 AP hit the road to Chicago for Riot Fest 2017 this year! Presented by Rockabilia, APTV correspondent Stevie James had the chance to post up and interview a ton of your favorite bands on-site.

We'll continue to update this page as more go live, but be sure to continue to check our Facebook page to watch the interviews as they happen.

“The band is not a spa. When you enter the band, you’re going to deal with quite shadowy situations.”

Knuckle Puck's guitarist Kevin Maida talks all about their upcoming album, Shapeshifter — and how he broke his arm.

The four-piece band talk going on tour with SWMRS, how they met and formed and more.

“We met at a music school many years ago, and we love each other. We’re best friends.”

The NFG guys talk about the newer generation of music, social media and their Riot Fest after-show.

“The newer generations, like now, there’s this new wave of bands that no longer rely on the internet.”

Bayside talk all about the 10-year anniversary of their album The Walking Wounded.

“We’re doing the record at the shows to celebrate that time in all of our lives, than it is celebrating the record.”

Wu-Tang Clan talk Riot Fest, how the music industry has changed and their iconic logo.

“It’s a good thing that we do this for the love and not the network. We gonna do it ’til your neck hurt.”