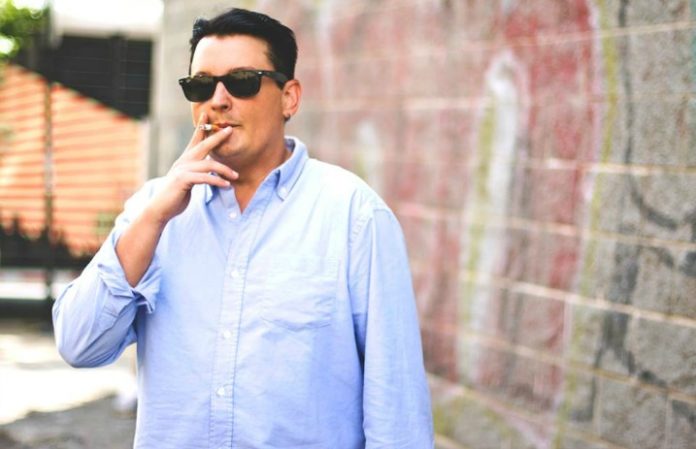 It’s been over 30 years since Glenn Danzig, Jerry Only and Doyle Wolfgang von Frankenstein played a show together as the Misfits and nearly 15 years since Doyle left the “Resurrection Era” version of the band. In the decades that followed, band founder, singer and songwriter Danzig continued his dark artistic vision with Samhain and Danzig, while the brothers worked on other projects before wresting the rights to the Misfits name from Danzig in an out-of-court settlement in 1995. Ever since bassist Only and guitarist Doyle reignited the band, a reunion of the classic lineup seemed improbable, even after Doyle started playing mini-sets of Misfits songs with Danzig. The coming weeks and months will no doubt shed more light on how the reunion came about and what all the reunited trio (and their as-yet unannounced drummer) have planned. Thus far, the only thing on the books is Riot Fest in Chicago and Denver, so we got on the phone with promoter Mike Petryshyn (who started Riot Fest over ten years ago) to get some insight into how it happened.

What makes Riot Fest the right place to do this?

I've worked with all of the [classic lineup] members in some shape or form over the last twelve years or so. There's a comfort level there. We started strictly as a punk-rock fest and grew from there, but we never lost our soul. We quietly became a big festival, but it's still the same people behind it. The passion that we have for the music and the artists that play [the festival] is evident because those bands want to play Riot Fest. It’s comfortable for them.

How did this come together?

The timing is right. It doesn't matter if it's a reunion band or a band that's been active for a decade, there's a process with all of it, a comfort level, questions to answer and all of that stuff. To be honest with you, it was pretty natural and organic. Once the conversation started, there was never a sense that this was going to go away.

Glenn sued Jerry over merch rights less than two years ago. Do you get the sense that relationships have been repaired?

I mean they’re getting onstage together, so I think the proof is in the pudding. It's a big deal. As for the insides of the relationships and so forth, I have no knowledge about that.

“You can see the Misfits skull at Slayer shows, you can see it at Against Me! shows. It's iconic, ya' know?”

How were you first introduced to the Misfits as a kid?

I went backwards. I got into Danzig first, then into Samhain, then into the Misfits. I was in seventh grade when that came about. I got into the Danzig stuff and worked my way back. Even though I was a punk-rock kid, to see the line from the Danzig solo stuff all the way back to the original Misfits, it was cool to see that commonality [and continuity].

I'm sure you see the Misfits skull all over Riot Fest every year.

Oh, yeah! And that goes for outside of Riot Fest, too. You can see the Misfits skull at Slayer shows, you can see it at Against Me! shows. It's iconic, ya' know? It's probably more iconic than the Black Flag logo.

Luke Hemmings from 5 Seconds Of Summer played an awards show in a Misfits shirt. Cee Lo Green wore one on The Voice.

“This is their show. I'm providing a stage.”

Do you have any sense of what to expect?

Any kind of surprises, or which songs they're doing, that's up to them. This is their show. I'm providing a stage. That's my role in this. It's the right look for them at the right festival. Everything else, when it comes to what songs and all of that, that's on them. I know they're going to take it really seriously. They are cognizant of how important they are to not only the punk rock world but to the metal world [and to other genres]. So this is their time to shine. ALT