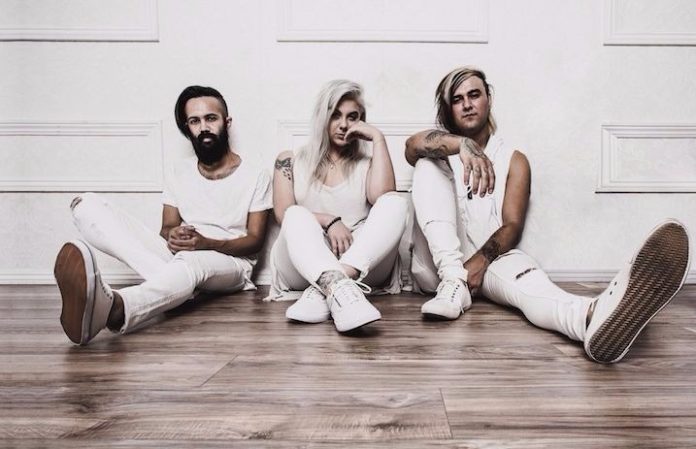 RIVALS are debuting their emotional single, “Over It,” with a music video to match.

“'Over It' is about letting go of things that arenʼt good for you—like a person, a situation or any games being played against you in life,” says vocalist Kalie Wolfe. “Over your games, over your lies and over you.”

The track is about Wolfe's relationship with someone who she says didn't care enough about her. “It was a lot of give and he took a lot. I eventually got over it and him and moved on,” she explains. “Realized I was better than someone who strings me along.”

The song will be appearing on the Los Angeles-based, dark pop-rock trio's forthcoming album, Damned Soul, which will be out Feb. 2, 2018. The LP will be RIVALS'—Wolfe, bassist Sebastian Chamberlain and guitarist Micket Woodle—first full-length, following their debut EP, Haunted/Hunted, released in 2015.

You can pre-order the album here. Plus, check out their forthcoming tour dates with Red Jumpsuit Apparatus below.