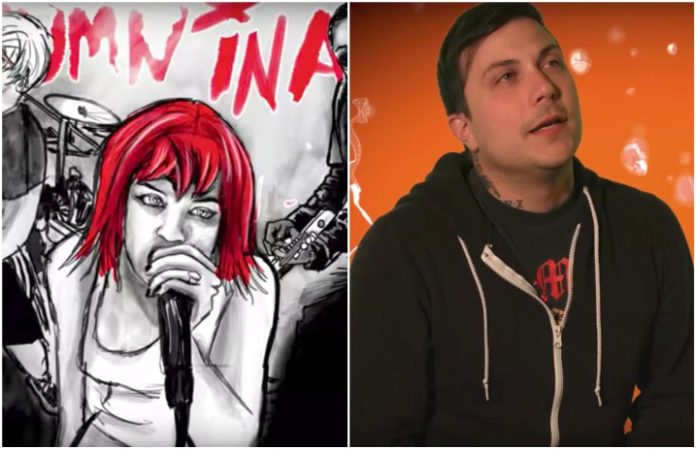 (Romance) In The Digital Age, a comedy film about a once-famous emo band whose karaoke video goes viral, is premiering a song and lyric video for “P.S. Whatever,” off the film's soundtrack. The track was written by John Nolan (Taking Back Sunday) and Ryan Hunter (Envy On The Coast) and serves as the hit single by fictional band Autumn in August, the focal point of the movie. You can also watch a brand new trailer for the movie below, and be sure to keep an eye out for special appearances from Frank Iero, viral sensation Tay Zonday and yours truly.

“When Jason approached me about working on 'P.S. Whatever,' he told me he wanted it to sound like a sond that could've been a hit for a young emo band in the early 2000s,” says Nolan. “That sounded like an interesting challenge to me. I went and found some notebooks of mine from that time period and put together a rough draft of the song.”

“The lead singer role wasn't initially written for a female, but as I began casting something didn't feel right,” says writer and director Jason Michael Brescia. “I auditioned dozens upon dozens of qualified actors, but none of them made the band feel different to me. I didn't want to emulate My Chemical Romance or Taking Back Sunday; I wanted to create something new. About six weeks before we were supposed to start filming, I was introduced to LOLO and immediately cast her without even speaking to the producers about it.”

The soundtrack for the film is available on Spotify and iTunes, and features new music by Nolan, James Dewees (Get Up Kids), Vinnie Caruana (the Movielife), Zach Davidson (Vendetta Red), Daniel Brummel (Ozma) and more. You can order the soundtrack on vinyl here.

Watch (Romance) In The Digital Age Amazon or iTunes.

Watch the lyric video for “P.S. Whatever”:

Watch a new trailer for (Romance) In The Digital Age: