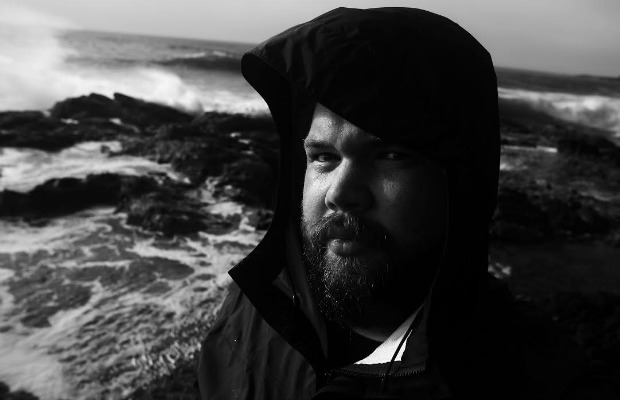 When photographer Ryan Russell first picked up a camera at age 20, he had no intentions of becoming a professional photographer. He didn’t expect to ever photograph the likes of Blink-182, Death Cab For Cutie or Against Me! and he certainly never thought he would become the go-to photographer for Paramore. Now, after more than a decade of photographing bands, Russell took on a new endeavor: publish a photography book illustrating his move from Birmingham, Alabama, to Bellingham, Washington. The book, Continental Obscura: From Birmingham To Bellingham, comes out today, with the resulting photographs displaying emotion and natural beauty, and we spoke with Russell about his work with bands, stories he has to tell from his life-changing move and where his photography will be headed in the future.

Why did you decide to photograph your trip across the country? What was your urge to move, and were you looking to find a new perspective on photography?
RUSSELL: The main reason is the girl I’m seeing is from Seattle, and it would be lying if I didn’t say the main reason was for her… I knew I was going to document the trip for myself, anyway. The more I was thinking about it, like, landscape and nature photography and all kinds of non-music stuff that involves real-world places are things that I have—at least on a personal level—been doing all along since I’ve been doing band photos. I really didn’t get into, like, super-traditional landscape stuff until the past two or three years. I did it because it was fun, and I had always wanted to do some kind of project that focused on that kind of work. So it looked like the opportune time for that.

How did you select the places you stopped at along your trip? You have some great photos of people in the book, and then you also have beautiful nature photography.
Most of the people in the book are actually friends who lived in different places. The first section starts off with all of my close friends in Alabama—or some of them, at least—because I knew it was going to be a book about leaving Alabama, but the whole book couldn’t be, like, everything I’m leaving; it also had to be where I was going. So the whole first section was all people who are really close to me, and some of the other people are those who have lived in Birmingham at one time and moved away or live in Bellingham that I met when I got here. The drive from Birmingham to Bellingham, I think it’s a little under four days,  [but I ended up taking eight]. The one thing I wanted to see when I was doing the trip was the salt flats in Utah. So I basically decided, “I know I want to go to Bonneville Salt Flats. How do I get to and from that?” So everything else, I just spent a month or two researching places along the way and just figuring out where I was going to stop.

In your book, there’s a balance between the photographs of people and the photographs of nature. Did you think about that balance, or did it just end up that way?
I think it just kind of flowed that way. Everything that’s on the big cross-country part of the book is in sequence. Everything happened in the order that it’s shown. For everything else, I tried to keep in touch with what the actual photos were, figuring out what looked better with other photos, just so that when people were looking through it, it had a better flow to it.

What did you find most challenging in the project?
I’ve done three other photo books before, and they were all for bands, so it’s like you’re working with them to give their view of what they wanted it to be. With this, because I shot the whole thing and laid the whole book out, I didn’t really have as many people putting in their input so it made it really hard to not realize, “All right, should I put in this photo or this photo?” I spent a lot of time once it was all done emailing people and friends and being like, “All right, which one’s better?” just to see and gauge what people were liking.

What’s your most intense story from the trip? It seems like you went to some pretty “out there” places. Do you have any harrowing stories, or is there anything that you remember particularly?
At one point in the middle of nowhere in Utah, a buddy of mine flew in and did a couple days of the trip with me, and we went to this ghost town called Sego, Utah. When you go there it looks like every Western you’ve ever seen, and when you reach the end of the road, it comes to an oval shape and has these candid walls all around you. I was just like, “There’s a big chance I’m going to get robbed out here.” So that was definitely one of the more intense ones.

When I was in, I think it was Topeka, Kansas, I was shooting a photo of this road sign attraction—you know, “the world’s largest” just a random thing in Kansas. But these people started walking up as I was shooting this sign, and it turns out they were from the Westboro Baptist Church. Their home base is Topeka, Kansas, so they saw me shooting photos and they can look at a camera and know that, “He is shooting these photos, we are going to be in these photos.” So I did the sign shoot, and then I shot photos of them. It was awkward because they’re just walking around being hateful bigots, and there’s just no reason for them to be there. So I wrestled with the point when I was making the book: Do I put this in there? Obviously it’s an important issue because of what a horrible message they put out, but at the same time you’re just fueling the fire by putting it in there, so I left that whole thing out. The person I’m living with in Seattle, if we get married and have kids 10 years from now, and they’re looking through the book of Dad moving out to be with Mom, I don’t want them to see that. I don’t want that to be a story. I don’t want them to know about those things, so they were left out completely.