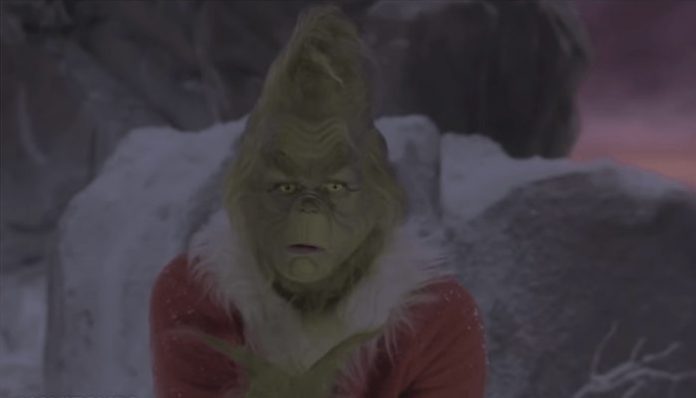 Christmas is a joyous time for many, from spending time with family to binge-watching holiday flicks. While many festive tracks are equally as happy, that’s not to say a handful won’t have you shedding a tear.

We asked 13 of your favorite bands to share which holiday tune they find the saddest. Check out their answers below.

Read more: 13 childhood Christmas movies you may have forgotten about

Matt Kennedy: I think, probably, “Grandma Got Run Over By A Reindeer.” ’Cause how sad would you be if a reindeer ran over your grandma?

There’s one, now [that] you look back at it, it’s kind of rapey. “Baby, It’s Cold Outside.” Looking back it’s the creepiest Christmas song.

I worked at a T.J. Maxx for a little while, and they always played Mariah Carey’s “[All I Want For Christmas Is You]”. Like, every day. Literally months for months after, so I don’t really like Christmas music at all. Because it just reminds me of working at T.J. Maxx and being really, really sad.

I guess the John Lennon one, [“Happy Xmas (War Is Over)”], is really sad. Maybe it’s more challenging. “So this is Christmas/What have you done?” I always get a kick out of it because I’m a huge John Lennon fan, but I’m also like, “You’re the richest white guy in the world and you’re like, ‘You should be doing more,’ you should be doing more” but anyway. That Wham! song [“Last Christmas”] is kind of sad. I’m sure there are other ones. [“Have Yourself A Merry Little Christmas” is] a sad song. That’s a really sad song. That can be performed in a way that’s really sad. “What Are You Doing New Year’s Eve?” is a little sad to me too.

Jack Anderson: “Last Christmas” by Wham!, and it makes me sad because I didn’t write it.
Finn Wolfhard: [Sings “Carol Of The Bells”]

Definitely the one about the two shoes. It’s the [“The Christmas Shoes”].— It’s really sad. I don’t know the name. It’s really sad. You’ll have to Google the name and listen and it’ll fuck you up.

How about “Last Christmas” by Wham! Or is it George Michael? I think it’s Wham! The Wham! version is the one I like. It’s very sad. “Last Christmas, I gave you my heart.” I don’t know if it’s the saddest.

Aaron Gillespie: “River” by Joni Mitchell. Fact.
Spencer Chamberlain: Ditto. I did a solo tour around Christmas, and I just wanted to die every night. It was so sad. I was just like, “Why do I do this to myself?” It’s the saddest song ever.

Marisa Dabice: “Silent Night” is pretty morose. It’s not sad, but it evokes  a morose, thoughtful feeling. It makes my Omi cry. My sister and I were once making fun of Christmas songs and she was like, “No, not that one.”
Bear Regisford: “Have Yourself A Merry Little Christmas.” It’s such a beautiful song, but when you hear it, it also kind of just rips your soul apart. One of the hardest, most depressing Christmas songs to listen to. My favorite version of it is [by] my friend John Galm; he has this band called Bad Heaven LTD. I’ve seen him play this over the years, just by himself just on acoustic or on electric guitar. I feel like when he plays [“Have Yourself A Merry Little Christmas”], he plays it with such heartbreak. He had a rough Christmas, so I think that song really rings true to him, and when you hear it you’re just kind of like, “Fuck.”
Thanasi Paul: I think I’m gonna have to agree with Bear, but my favorite version is from the movie Meet Me In St. Louis, with the little sister.

I love this song. I think it’s beautiful. “Fairytale Of New York” by the Pogues is beautiful, but I know the girl who sings in it, [Kirsty MacColl], had a very tragic death. It’s pretty gnarly. I love that song, but I feel a little sad every time, but through listening to it with the family and stuff and getting the kids into itf makes it more of a seasonal thing than the tragedy that befell.

It’s not out yet. It’s by this guy named the Eradicator from Chicago. The Eradicator is all based on a kid’s in the hall sketch from the early ’90s about this guy who is obsessed with playing squash. The new record is called The Court Is Closed On Christmas, and they’re all sad songs about him not being able to make it onto the squash court for Christmas that year. I think that is the saddest thing in the universe. Not being able to play squash on Christmas when you’re obsessed with squash. Truly tragic.

Jason Aalon Butler: “Hallelujah” by Leonard Cohen. Absolutely. It’s not like it’s sad; it’s just sad how everyone thinks that it’s about something that it’s not. It’s basically about fucking. I don’t know how Jesus feels about that.
Aric Improta: There’s a Tristania song called “Aphelion” that’s pretty metal, but the bells sound like Christmas, and I feel like a lot of people would be sad [if] that was on regular rotation for Christmas. I listen to it all the time. It’s sick!