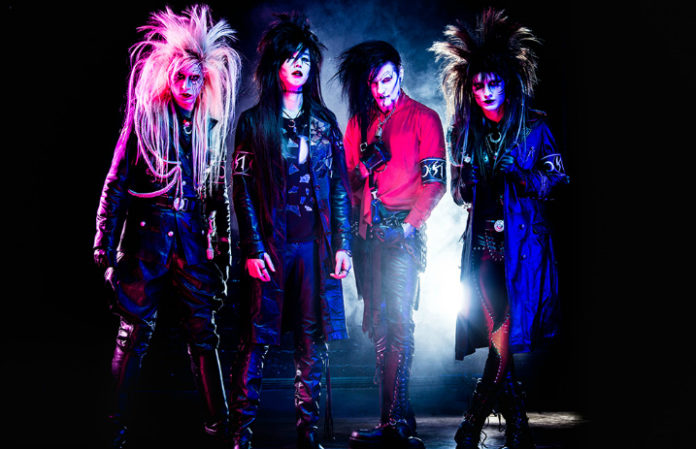 “Shock” metal group Salems Lott are premiering their new song “Enigma” off part one of their upcoming album Mask of Morality.

Lead guitarist Jett Black says their dystopian video represents the balance between freedom of speech and censorship — and the battle that ensues when one tries to overcome the other.

“The anime portion portrays a hypothetical fictional future in which the ideology of equality attains complete dominance,” Black says. “Wealth, prosperity, individualism are ostracized and violently subdued. Conversely, equality and collectivism are promoted to its utter extreme. These two opposing views inevitably battle it out. Throughout the video the band symbolizes the lost archetype of yang — order — the father and all of the archetypal elements embodied. In contrast, the authoritative figures of the future and the violent activists of the modern day, embody the extreme archetype of yin – chaos – the overbearing mother.”

The California natives’ tracks feature layered vocals mingled with powerful guitar and drum instrumentals to bring out the headbanger in anyone.

You can order part one of Mask of Morality on iTunes, Amazon and the band’s official website. Part two will be out later this summer. Stay up-to-date on all things Salems Lott on their Facebook, YouTube and Spotify accounts.